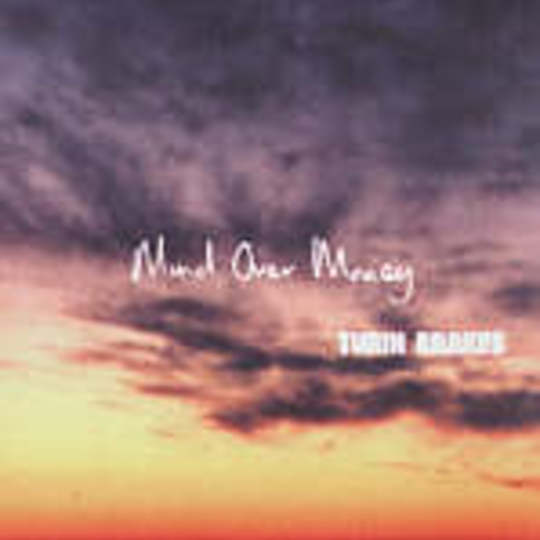 Someone please lift me from my chair and levitate my mind to a higher state of consciousness. Oh, hello there Turin Brakes. A re-release. ’Mind over Money’ - would make a very simple pictograph would that. If you missed it first time around, please make yourself comfortable as things are about touch you, delve into your chest and maybe even arouse you. Not really send you into spurting orgasm, I assume. Hmmm.

If you’ve not heard the sound of Turin Brakes just yet, you may have heard the buzz. I’ll concede that my lack of trust in the media led me to not pick this single up first time around. Consider my wrist spanked. Silly me. The sound is simple’ish using lazy journo’ comparisons: Simon & Garfunkel jamming with Dylan having paid a smidgen of attention to a few important records since the day they picked up an acoustic. The nu-folk formula is this simple: a couple of minds, a few angry afternoons, a few tender moments, a couple of guitars, an extra string here and there, the odd bit of technology to shape the background and the almost-too-polite vocal whispering and raising seemingly just for you. These aren’t just mumbled words or over-screamed obscenities - no, no, NO! These are pieces of prose, torn from random scribbled pages of poetry. It’s like they’ve taken the parts which make you squint a bit and crook your head whilst gazing away from the page of a book into your inner mind, few a seconds at least. That is all it takes for the floating feeling to begin like half-asleep drifting between the pillow your head rests upon to riding white water on a banana.

There are a few sentiments, which fall from this single. Let’s take my favourite stand-alone line ”Wearing a smile like it’s going out of style” looks to me like a reference to people faking having fun, like on TOTP where people mouth words to songs they’ve never heard before. It could be something totally different. That is the joy of this, it’s a just someone’s mind wandering in a hobo state of being and creating. It’s this surrealness and metaphors of the mind, which will make this band special. The cynicism of the subtext just adds to it.

Anyway, you can probably hear all this for yourself in the run up to their Mercury Prize and even more so afterwards, unless Polly beats them to it. I'm tied between which of the two records should win the award.

Oh yeah and there are b-sides, which are a bit of a mix. Some atmospheric arty stuff in the shape of ‘Sunjets/Heavy2’ and ‘tunnel’ – it’s kinda like turning up some of the subtleties buried in the background of some tracks. Whereas we also get the quite similar style to the single from ‘stone’ and past single ‘the door’(slightly different mix of it). Just enough here for a taste’n’smell to allure a purchase or ten of ’ The Optimist LP’. Ah go on. Go on, go on... It is a record worth suffering for to get some money, over the exploitation of your mind to get your mitts on. The divide from being skint, or having a pocketful of change is your battle to win, maybe.