Terminator 3: Rise Of The Machines 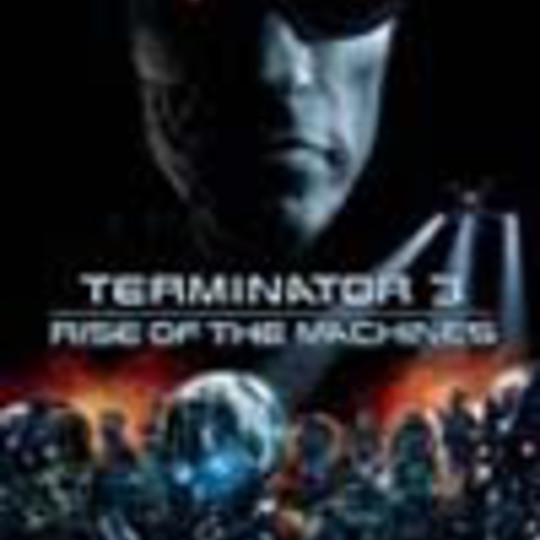 Ah, Hollywood. It’s an industry blamed for wrecking many an anticipated sequel over the past few years with its ruthless sacrifice of art in favour of commerce. So now along comes Terminator 3 and manages to prove that even a 20-year-old franchise is not immune from a producer’s heavy-handed populism. The good news is, even with all the bullshit heaped on its mighty shoulders, T3 remains a thoroughly inviting prospect.

The Crap: OK, phew! So let’s get the trash right out in the open and out of the way now, mmmkay? Firstly, there’s one hugely annoying feature of the film that is simply inescapable: nearly every word that comes out of the T-101 (Schwarznegger)’s mouth is an horrid attempt at clichéd robo-humour (“Talk to the hand” is the new “Haste Le Vista, Baby”, yeeeuuuuch). I mean, yeah, the audience giggled, but you get the impression that they wouldn’t have given a toss whether it was in there or not. Secondly, the script is undeniably pretty shit. And lastly, the bit where Arnie is being controlled by the T-X (played by newbie Kristanna Loken) is ludicrously unbelievable and leaves the man awkwardly floundering out of his actorial depth.

The Talent: Thankfully, the multitude of flaws are offset by some inspired casting in the lead (human) roles, with Nick Stahl tackling the unwilling hero John Connor and the excellent Claire Danes lending some much-needed depth to his wife-to-be Kate Brewster. Also, Loken’s turn as the unstoppable T-X has the requisite stone-faced appeal and deadpan delivery to give the cyborg menace. It is Schwarznegger’s character who suffers the most, both from the sorry script and from the writers’ decision to neuter his character’s murderous tendencies right from the offset.

The Movie: One thing that T3 never does is bore its audience. After the initial catch-up monologue, the film wastes no time in cutting straight to the action. In fact, it’s pretty much one action/special effects scene extravaganza after another, often rendering the dialogue superfluous to the flow of the story. This is no bad thing here and frankly, it’s what the movie does best. Remember how difficult it was to fight off the T-1000 the couple of times they meet in 'Judgement Day'? Well the T-X has all the T-1000’s abilities and several new tricks up her leather-clad sleeve. The wildly inventive methods that her good-guy counterparts employ to dispatch her are nothing less than a joy to behold.

Neither has the extravagant $178 million budget gone to waste. There’s explosions, helicopter crashes, hyper-intense chase scenes and some fun-tastic robo-morphing to keep even those with short attention spans involved. Only the film’s staunchest detractors would fail to be impressed by the spectacular cyborg vs cyborg smash-fest in the final third. It’s just a shame that the terrifying industrial music of the prequels has been replaced by a score that does nothing to add menace to the T-X's actions.

Conclusion: What really disappoints here is the whole underlying ethos of compromise. What you end up with is a film that’s had its menacing edge neutered just so that the intrinsic 12-14 demographic feels included, and is packed with irritating one-liners that kill any tension, just to cater for the chick flick/popcorn muncher demographic. It’s solely to the credit of the ironclad decade-spanning storyline and classic character appeal that this film survives. Yet survive it does, free of the sticky pretensions of The Matrix, and with a couple of great plot twists that’ll leave you grinning all the way home from the cinema.