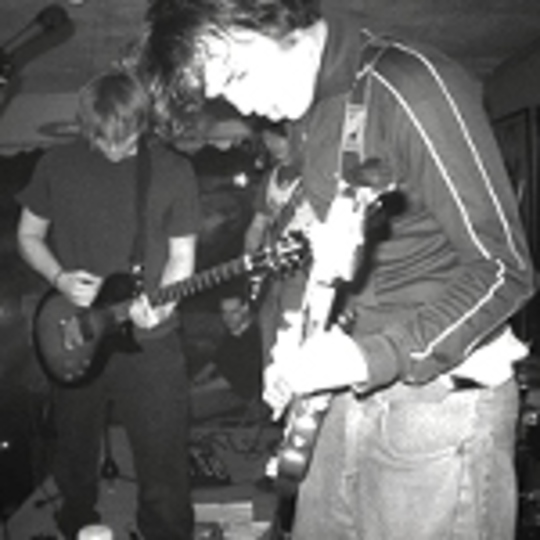 Some bands come out of nowhere and take you by surprise; High Wycombe and Buckinghamshire is certainly worthy of the term nowhere. Surely this overrated pit is not anyone's definition of rock city, but with its bleak mediocrity comes the need to then find something for yourself, something to do.

Vox Merkoni have conquered this void; a band bettering themselves at such a pace our sleepy town is now sitting up and taking notice. I was drunk for my first Vox Merkoni show and it was amazing. I was then sober at the next one and, reassuringly, that was amazing too. That made me happy.

Vox formed just over a year ago and with their first record ('The Real Cost Of Fish Is Men's Lives') containing seven songs, the yet-to-be-released album 'Come To Think In Subtitles' containing eight and this very demo containing two more, you've got a remarkably hard-working and consistent band. Oh, and they're all teenagers too.

Their music is a combination of all that's been good in indie-rock since the kids of the early eighties found punk, added some real noise and gave it the 'post' word. The title track, 'The Ask Seek Block', has the whole Sonic Youth schtick going on; a slow build up, meltdown post-rock with discordance, and then bursting into a ...Trail Of Dead circa-'Perfect Teenhood'-style chorus (that's definitely not the right word, but let's stick with it). It's all over the place yet clearly scripted, like the ATP bill crushed into a little ball of tightly wound spastic-rock. And it's fucking great. The second track, 'Consider This A Resignation', is even better, hiding a monolithic, melodic rhythm low in the mix with the vocals.

This is exactly the sort of band we should be supporting. Young, precocious and disinterested in any current 'scene' - they just write music. And the subsequent music is good. Surely that's what it's all about?