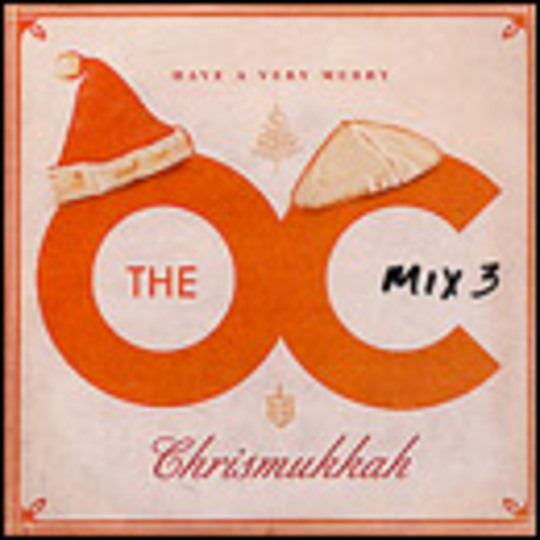 At this time of year, with retail outlets heaving with frantic last-minute shoppers, pubs and bars assisting countless office workers with regretful one night stands, and airports an even more hellish proposition than before, there’s one thing that can make folks lives a little less jolly while negotiating the festive season. Yes that’s right, it’s the annoyingly earnest concept of Christmas music. Bah Humbug? Well, the majority of seasonal sonic tidings are indeed like the garish decorations they’re meant to accompany; released from their boxes in the attic for one month only, their novelty lasting just as long as batteries in a child’s toy (about ten minutes judging by this writer’s bitter memory).

It’s a relief then that the third soundtrack offering from American teen-drama The OC tackles Christmas tidings with aplomb. The formula is simple; let loose a series of Spin-approved artists on some Christmas favourites, while letting the remainder contribute their own original yuletide offerings. In the spirit of previous OC soundtracks, it’s a mix of the established and the new, so Seth Cohen-approved bands such as Low and Jimmy Eat World sit alongside lesser knowns The Long Winters and Rooney. The Raveonettes kick things off in their own surf guitar-laden manner with ‘The Christmas Song’, before Jimmy Eat World manage to achieve the impossible. Yes, they make Wham’s ‘Last Christmas’ their own (imagine George Michael complete with sweatbands and a mobile phone full of break-up text messages and you’re halfway there). Christmas stalwarts *Low *offer the gorgeous ‘Just Like Christmas’, which is worth the price of admission alone, although this track can also be found on the band’s classic ‘Christmas EP’.

Rooney put in a stellar effort trying to make’ Merry Xmas Everybody’ sound as un-Slade as humanly possible,* Ron Sexsmith* and Leona Naess uphold their singer-songwriter end of the deal, while the Eels’ ‘Christmas Is Going To The Dogs’ sounds just like, well, an Eels track. The album rests on a surprise highlight at the album’s centre, **Ben Kweller’s take on the traditional ‘Rock Of Ages’. It’s a Dylanesque moment from an artist whose last album ‘On My Way’ was criminally overlooked earlier this year.

So, Christmas 90210, sorry OC, style isn’t as bad as it initially seemed. Sure, if you pop it on the stereo you probably won’t get Wonder Woman and a cute comic book artist fighting over you after egg nog, but hey, who knows? Merry Chrismukkah to all.