And The Glass Handed Kites 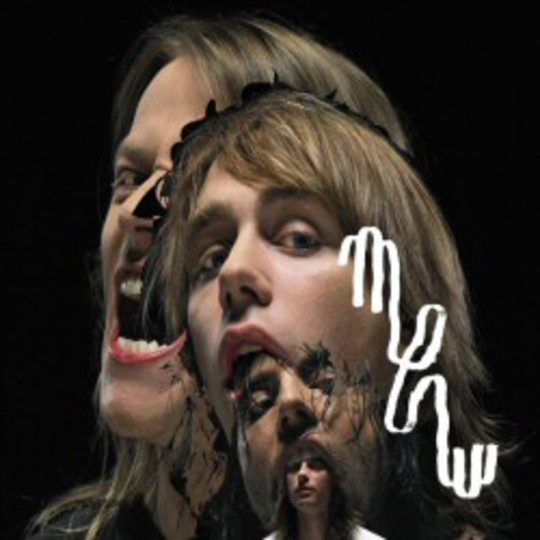 Exactly when does an album become a concept album? Mew And The Glass Handed Kites would be viewed by many as one, as the first twelve tracks flow together perfectly, with transitions between tracks for the large part unnoticable.

But that is not to say that this, Mew's fourth full length effort, flows past without note itself. This is by far their most varied effort, ranging from mashes of snappy guitar and crisp rhythm sections like instrumental opener 'Circutory of The Wolf' and current single 'Special' to sweet lullabies harking back to their early materials.

Influences such as My Bloody Valentine and Dinosaur Jr are still noticable, particularly on the two tracks on which lead singer J.Mascis shares vocal duties with the ever fey Jonas Bjerre, but due to the operatic quality of the tracks and the way they build and fall the album also treads similar waters to Queen. Still it's hard to find a band in which a deep comparison rings true with the bombastic pop gem that the Danes have created.

Close your eyes and let the album wash over you, and Glass is the audio equivalent of synesthesia: some melodies taste sweet, such as on album highlight 'Zookeeper's Boy' while some guitar parts morph into spiky shapes into your retinas (previous single 'Apocalypso').

If you are looking for an album that you can put on for a couple minutes to fill time then you'd do better to look elsewhere, but if you want to be transported to an ethereal demi-world stuck between real life and dreams then ensure you purchase this. A masterpiece of overstated proportions, which is the greatest concept of all.