Wind In The Wires 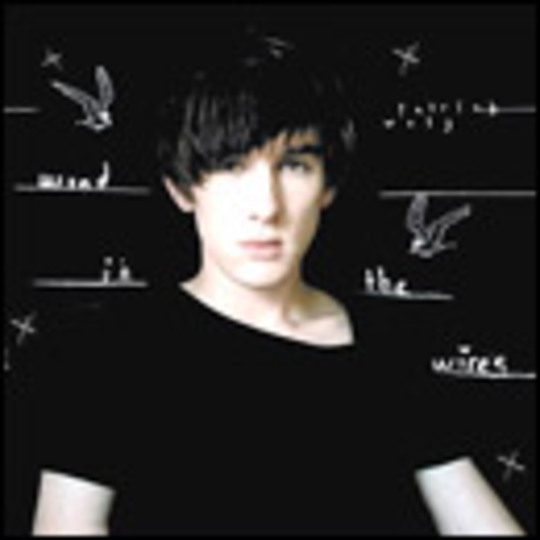 Patrick Wolf could still get away with choking his chameleon in a forest as he isn't known as anybody, yet. But in his obscurity he's free to make sparse use of gentle wurring noises and allow intermittent glitches to engulf the beauty of his ukulele and string-laden folk songs. Patrick is a pilgrim, wandering in search of nothing but beauty. Patrick yearns back for a day where his spirit wanders from village to monestry, sharing stories from the sea, and modern proverbs from the rainy side of a rainbow road, passing the time with anyone who's gracious enough to listen. He'd play all night for a bowl of fruit.

While he's not enchanting maidens, Patrick's in his lab putting digi-edges to dusty melodies, bringing a new and gentle surreallity from the typical troubadour record. It's what Bright Eyes coulda done if he put the songs off I'm Wide Awake onto the canvas of Digital Ash.... But don't be fooled, this album isn't without anthems like the Rufus Wainwright'ish 'This Weather' and recent crack-den avenging hooksome single 'The Libertine'.

Whilst ‘Wind in the Wires' is a slight departure from his earlier more electronic leanings, lyrically he is less introverted and tales about a circus girl who fell off her horse come in Patricks slightly camp tome. The saga spindles until you're shaking off the dust and cobwebs of a recently-retro-reality and partying in a big tent with Robin Hood. And just then, as you lose it, he slaps you in the face with all encompassing blackness "but now she's paralysed".

On this evidence, some might call it an opus; Patrick has proven he is going to be ‘someone' soon. But then you probably already gathered that.