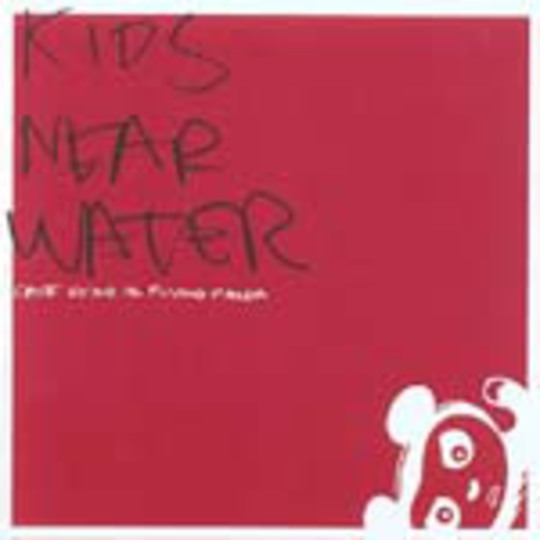 The age-old adage ‘out of sight, out of mind’ rings truer in the field of contemporary music than in any other industry. Rewind some two, maybe three years and Exeter’s Kids Near Water are standing at the gates of greatness. Those that have passed through before them – Hundred Reasons, Hell Is For Heroes – are enjoying the added dollars a major-label lifestyle affords, albeit fleetingly. The post-hardcore protagonists of this piece, however, are denied the step up from underground admiration to overground acclaim. They choose anonymity, and with it, public ignorance.

Cave Bear Is Flying Panda shouldn’t be the album it is – not all that much on debut offering Hey Zeus suggested that the quartet had the bottle to blast beyond mundane post-hardcore-isms and into genuinely creative territory, but this second full length proves doubters utterly wrong. Preconceptions need leaving at the door – dare you bring them inside, expect them to be knocked for six. Here songs are fraught with a previously untapped aggression; vocals confident and consistent; guitars savage and thirsty for blood. This is the record that’ll prove what those aforementioned admirers in the underground knew all along: there is more, much more, to UK post-harcore than fucking Funeral for a fucking Friend.

Okay, MTV’s favourite Welsh whelps are an easy target, but their slickly soaring choruses and repetitive riffs really are the musical polar opposite of this. ‘So This Is How It Begins’ is an immediate adrenaline shot of a style unfamiliar to those schooled only in the ways of US carbon-copy cronies – where the floppy-fringe brigade play at angst and anguish, Kids Near Water convey real feelings and emotions, without becoming too ‘emo’ for their own good, and do so with heartfelt conviction. A line in following effort ‘Bang After Bang After Bang After Bang After Bang’ is misleading, vocalist Brian screaming: “It’s all been done before”. He’s not entirely wrong – there are echoes of the stuttering sonics of Bluetip, At The Drive-In and Fugazi in these songs – but much of Cave Bear… will sound compellingly brand new to uninitiated ears.

‘Surveying The Scene’ shows that the Bloc Parties of our nation don’t own all the rights to abrasive yet dance-friendly post-punk, whilst closer ‘And This Is How It Ends’ (see what they’ve done there? Clever boys…) brings the curtain down on an all-too-brief show that’ll stand up well to repeated viewings (um, listenings). Indeed, the quality of Cave Bear… is such that one can’t help wondering what might have happened, had Kids Near Water struck whilst their model of branding iron was hot. That said, one can’t help but be stunned into open-mouthed gormlessness by the sheer quality of their work today. Do both yourself and this country’s music scene a favour by ensuring that these Kids aren’t allowed to slip out of sight again.

Redondo Beach / There Is A Light That Never Goes Out