At The Soundless Dawn 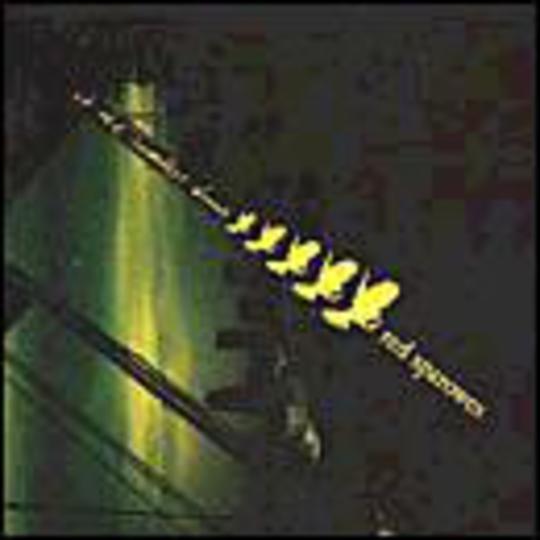 For as long as I can remember, bands with ludicrously long song titles have never really accomplished much. Fact: ‘Angels’ is, like, the best song ever. With that in mind, Red Sparowes might as well chuck the towel in now.

An unprecedented move it may be, but it seems right to list this album’s songs in their entirety. So, here goes:

(1) Alone and unaware, the landscape was transformed in front of our eyes. (2) Buildings began to stretch wide across the sky, and the air filled with a reddish glow. (3) The soundless dawn came alive as cities began to mark the horizon. (4) Mechanical sounds cascaded through the city walls and everyone reveled in their ignorance. (5) A brief moment of clarity broke through the deafening hum, but it was too late. (6) Our happiest days slowly began to turn into dust. (7) The sixth extinction crept up slowly, like sunlight through the shutters, as we looked back in regret.

Now that lot isn’t going to fit on the case of a 90-minute TDK cassette, is it? Such titles mean two things: one, that we’re almost certainly in the company of a post-rock band (we are) and two, that said band has far too much time on their hands. Only, they don’t – three of these five band members are culled from Neurosis (ish) and Isis, both of which have been busy promoting recent releases. Which leads to another Fact: this record is far too accomplished for it to be subjected to mere side-project appreciation. Red Sparowes are a proper band, whatever that means, and these songs are as worthy of your attention as any penned by the aforementioned titans. Sure, there’s a degree of pretension evident in those titles, but if you’ve got it, flaunt it.

At just over an hour long, At The Soundless Dawn is a sprawling, effortlessly epic work that requires absorption; you can not hope to gain anything from it through skip listening or by playing it whilst washing up, or vacuuming, or reading the Monday jobs section. This needs time, and love, and absolute attention. It doesn't ape Explosions In The Sky; it launches bright new fireworks of its own.

Songs sink in real slow, each one both haunting and humbling, until they reach a point where no words of critical prose can touch them. I could sit here now offer an opinion that these songs aren't radically different enough from much of today’s post-rockers’ efforts to warrant immediate investigation. Yeah, I could, but why bother? These aren’t songs in the same way as Williams’ crowning glory; they’re as anomalous, and as alive, as his are bland and soulless. They breathe in time with the listener, pulses synchronising, heart rate slowing.

Highlights? This doesn’t work in such a way - At The Soundless Dawn really does need to be swallowed whole. Breaking it down into seven separate components only hinders the reviewing process. Besides, do you really want to read an analysis of each of the above tracks? No. What you want to know is whether or not this is worthy of your hard-won spare cash, right?

Fact: pick up the towel and help this record of immeasurable beauty shift sizeable units. Id does warrant immediate investigation. It won’t outsell ‘Angels’, granted, but it’ll have Heaven’s occupants weeping until the dawn breaks into song once more.