Jason And The Astronauts

The Mourning After Math 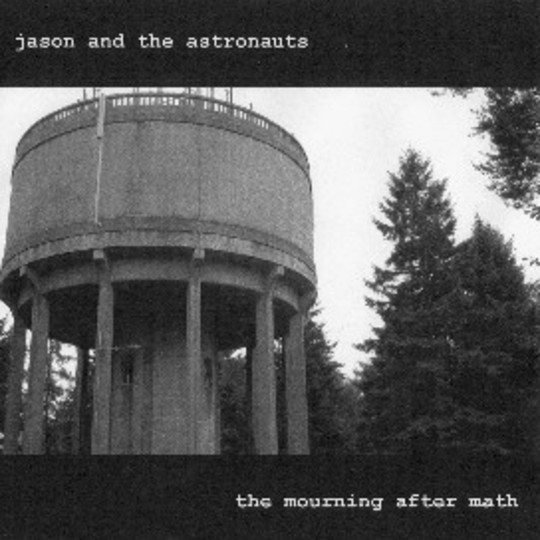 You know the opening scene in Tim Burton's quite wonderful (1989) interpretation of Batman, where the two robbers are dealt with by our eponymous hero in a manner so unforgiving that you're left with a feeling of sympathy for them, however slight? Well, Tunbridge Wells’ Jason And The Astronauts are Batman, and I'm the dirty thief being dangled over the side of a particularly tall Gotham City building:

Later, as I'm tossed into the back of a police wagon...

"It was a post-punk-disco-rock-nu-wave thing..."

And you get my point, however long-winded I made it feel: JatA are one of those bastard awkward outfits that genuinely defy simple categorisation. Perhaps they've made a conscious decision to avoid too many comparisons with the Brooklyn-based dance-punk elite? Maybe they were just born different from the rest of the whatever-punk/post-something pack? Ultimately, who cares? This is great stuff regardless of the inevitable where-to-rack-it head scratching.

'The Mourning After Math' skillfully bridges distant boundaries - pulsating disco electronics filter through stabbing guitars, all the time jarring and sparring yet never getting the better of them. Yep, it's a combination heard before, but the record's rough edges give JatA's debut long player (ish - it's eight tracks long) a DIY feeling unmatched by their glossier contemporaries from across the sea. This isn’t acid house, it’s the house on haunted hill.

The one song here with that word - 'disco' - in the title is anything but. 'Passé Disco' is a stomping, throbbing slice of hedonistic excess, where "Friday night rules apply", but not once do you mistake its raw punk edge for the slick beats of other acts pursuing a similar course. It rocks harder than it pops, basically. Much of the album's urgency comes courtesy of frontman Allen Wootton, a mild man in the flesh (one suspects) but a demon behind the microphone. You can practically feel his spit in your ear as he rasps his way through ‘Trainlines And Shipyards'.

These are outsider songs, awaiting the right gap in the mainstream. They’re clothed in darkness, emerging only when the mood suits them. They are songs that point the way towards the future, and like the Bat Signal itself, their future is brighter than the full moon in the night sky.

Tell all your friends about them. Your life may not depend on it, but your credibility just might.

Tell Me What Rockers To Swallow DVD