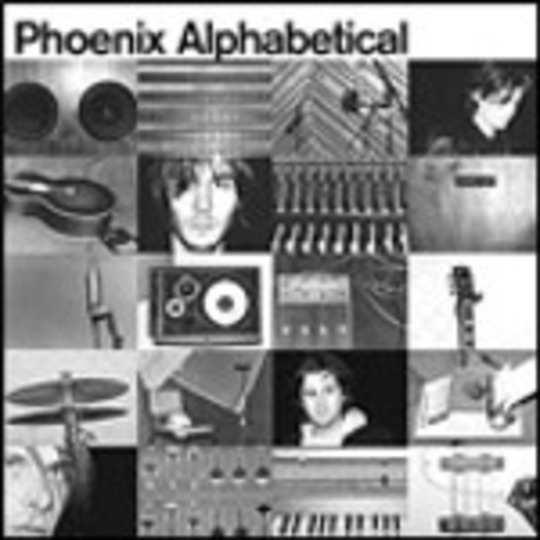 It seems that every album which isn't blessed with crash-bang-wallop immediacy is straight away labelled with the 'grower' tag. Usually, it's record label desperation, compromised journalists or fans steeped in denial who utter these words, and usually it's a cock n'bull story.

Hence, it's quite something when a record does gently creeps up and bite you hard on the arse, deeply and lustily. Quietly released a number of months ago, Phoenix's second album, 'Alphabetical', initially sounded like an over-egged pudding; high on amazing production and musical virtuosity, but low on tunes. The truth is, it's a deceptively simply album; a lot of work has gone into making tunes as beautifully organic as this sound so impressively pieced together.

Phoenix, some of you may remember, were 'so hot right now' about four years ago upon the release of their debut album 'Untitled': An over-whelmingly tuneful

mix of pop and rock, fused by the dance-sensibility theories of it's creators (they had a stint as Air's live band), it was the guitar-based response to the work of fellow Parisians, Daft Punk, and others like **Etienne De Crecy**. France was so hot as to be ice cool. Baby.

Almost half a decade on, and 'Alphabetical' shows that time away touring and working on other projects hasn't been mis-spent. Whilst maturity may be a dirty

word for some, it's a relevant statement for Phoenix; the slowly-infectious tunes and jaw-dropping studio and instrumental mastery are still there, but the outlook seems more measured than before; where giant pop-thrills were the previous order of the day, this album is more of an album-long effort, pieced together song-by-song to create a wonderfully enveloping patchwork of musicology (thanks, Prince).

Outside of the singles 'Everything Is Everything', with its breathlessly great chorus and snapping acoustic guitar, and the insistent, tripping '_Run Run Run', the record really comes alive on 'Victim Of Crim_e', which boasts densely-packed percussion and a Dre-esque piano section, and the slow-dance funk of 'Anybody' which charms itself into submission via some laid back vocals and club night suggestiveness.

Of course, it is so utterly, utterly Parisian. Not French, mind, Parisian. But what else did you expect? The most sophisicated, deliciously out of step pop album of 2004 simply had to come from the most urbane, beautiful city in the world. Now, go, buy.