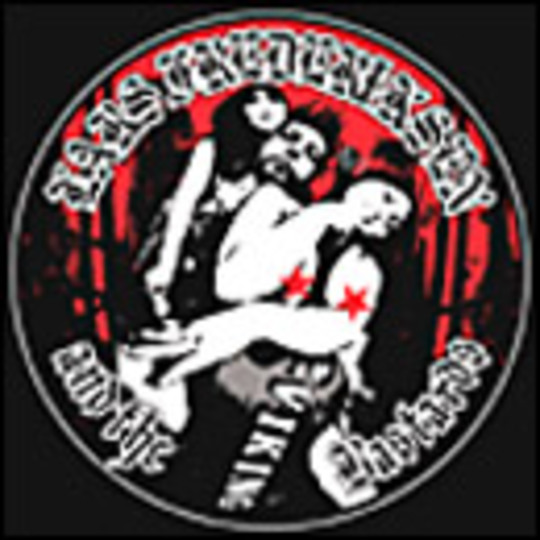 Being no fan of Rancid, I was expecting exactly diddly-squat from this, Lars' second album with his Bastards. So imagine my surprise when, just three breakneck-speed songs in, I found a smile on my ugly mug. Yikes. "Bastards! Kings of rock and roll!" they yell (on 'Bastards', funnily enough). I'm not going to argue with them - they look mean. Sure, 'Viking' is dumber than wrestling bears in a vat of pig shit, but it's a blast all the same. Only The Transplants' would-be rapper Skinhead Rob really gets on my bitchtits - his appalling 'skills' ruin a perfectly good without them 'Switchblade'. If that gets you down though, a pick-me-up is just a flick of an eye away - the packaging is plastered in semi-naked ladies. Swit-swoo, and all that jazz. Tuneful, melodic punk rock done well, simple as. Bravo you Bastards.