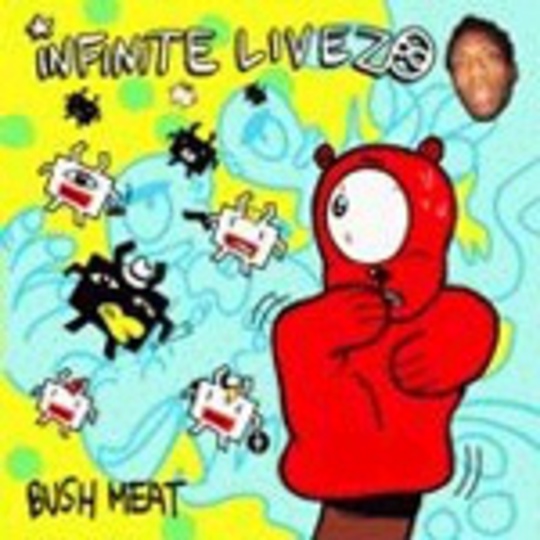 Infinite Livez is such a guy, and with tunes covering milk, spunk and seemingly crisp flavours, it would be easy to dismiss him as a cartoon version of superlative label mate Roots Manuva. Not so – there’re brains behind this buffoonery, and some shit hot rhymes to boot.

In between allegedly writing comics and designing video games, Infinite’s real-life persona Vinnie Tiefilz must have sprinkled hallucinogenics on his cornflakes. How else could you explain this Roger Rabbit-style animation bursting all over the sane world like contagious schizophrenia?

‘The Adventures Of The Lactating Man’ is the funniest damn rap of the year hands down, regardless of The Streets’ new album being a little rib tickling. It should be law to reproduce the entire lyric sheet whenever mentioning this cut, but for now witness perfect pasteurised lines ridiculous as, “now I’m thinking that ain’t proper/so the next day I go straight to see my doctor/and after a brief examination/he told me come back in the morning with a pint of semi-skimmed” and “I’ve got ’em queuing up outside my house/with a smile and a bowl of Rice Krispies/just to get with me”. And the chorus sweetly intones, “I know it sounds filthy/but I get all milky/whenever my baby’s squeezing my nipples/making me dribble...” – in a word, legendary.

Young Infinite is quite taken with other aspects of human form and function too. It won’t take an Oxford biology professor to figure what Amstrad bass-bouncer ‘White Wee Wee’ is representing. By a similar token, take a shot in the dark about ‘Brown Nosh’.

Hip-hop is hardly short of characters right now, the leftfield even less so, but few are coming out of the ghettos with such harmless cheeky pleasures as Infinite Livez. And in a world that all too often loses its sense of humour, we need it more than ever.