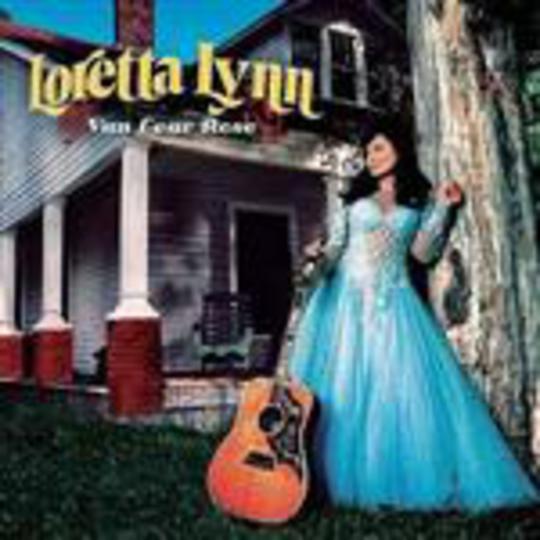 "This is my boss: Jack White, a self-made millionaire. He's quite a guy. This is Mrs L; she's gorgeous. She's one lady who knows how to take care of herself. By the way, my name is Max, I take care of them both. Which ain't easy 'cause when they met... it was murder!"

It could have been little more than a gimmick: Jack White arranging, producing and playing on a country-music fossil's latest record. He gets to namecheck an icon and wear his obscure cool like a sew-on badge. She gets to ride on the coattails of the ascendant and flog her LP to those who wouldn't otherwise know it existed. Thankfully, though, not only does Loretta Lynn bring to the table a clutch of spellbinding compositions but also her undimmed spirit from another age.

A gen-yoo-ine legend in her lifetime, this Coal Miner's Daughter - with her explosive and unrefined vocals - contributed one of the signature sounds of a genre. And she's in vibrant form here in this her seventieth year; she's certainly up to the challenge of handling the Detroit bruiser.

Her voice sounds so goddamn fresh, spontaneous, uncompromised. There's an intensely visceral quality to these performances that is so utterly compelling. When she bleeds the words out, you can see why Jack was so keen in the first place.

Granted, her tales of broken families, broken hearts, hard work, hard drink and other white-trash woes are nothing new (it's what dust-bowl blues and country is founded on), but they're rarely ever done better.

The burning issue for some, though, is whether or not there's anything here that sounds like The White Stripes. And there is. Plenty, in fact. But there's so much more besides. For every authentic blues din ('Have Mercy'), there's a sparse and disarmingly tender ballad ('Trouble On The Line'), a proud southern anthem ('Van Lear Rose') and a hillbilly chant ('High On A Mountain Top'). After a couple of listens, Michigan's 'Mork & Mindy' drift far from your thoughts.

White does a bang-up job, too: his raw, cumbersome chords get tangled up with bittersweet pedal-steel forming a delicate frisson that fizzes down the spine of the album. If he ever puts his name to record better than this then he can be proud man indeed.

Cross genre/generation collaboration is nothing new. (When Def Jam's Rick Rubin hooked up with Johnny Cash, he walked The Man in Black through the Indian Summer of his career.) But, if 'Van Lear Rose' is anything to go by, it sure doesn't happen as often as it should.

Now, if only we could fix Dolly Parton up with Josh Homme...