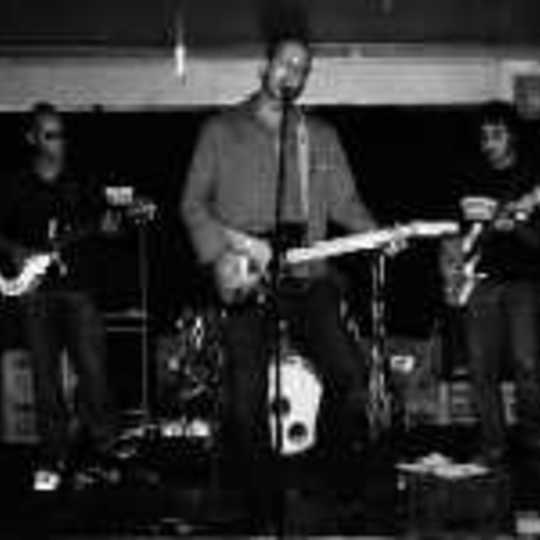 Comprising veterans of several now-defunct bands from their local Cambridge scene, Darts Club don’t give much away in their self-description - “indie cowpunk”? Qué? From the evidence provided, it would appear that indie cowpunk is indie in the sense of The Wedding Present, with enough beat in it to save it from falling flat, and a strong hint of folksy roots. The whole thing is topped off by incongruously thick vocals which don’t sound like they should even be twinned with such delicate, indie sensibilities, let alone complement the sound as well as they do here.

In fact, A Picture of Health is full of elements which you wouldn’t necessary associate with this style of music, making it pleasingly difficult to pigeonhole. There’s the organ, for instance - a pleasingly melodic counterpoint swooping along under the twanging and somewhat odd guitars; or the way the vocals suddenly veer off into unexpected extremes; or the beat’s tendency to separate from the time signature for a moment or so. This album also features what may be the chirpiest-ever song about being eaten by worms ("Stick me under a tree/It’s time to give something back"). The whole record sounds very rooted in the past, though you couldn’t pin it to one era; there’s just a general sense of tradition and influences to it. It’s quite a distant sounding record, not so much a CD you immerse yourself in as one which has you standing outside the music and appreciating it. Which is a slight pity to my mind, as I do like an album which you can get caught up in, but then there is a lot to this record which merits an objective appreciation.

If you’re an indie enthusiast with a taste for the slightly skewed (or, I suppose, if you’re not but you’re intrigued anyway), you can find out more from info@dartsclub.co.uk