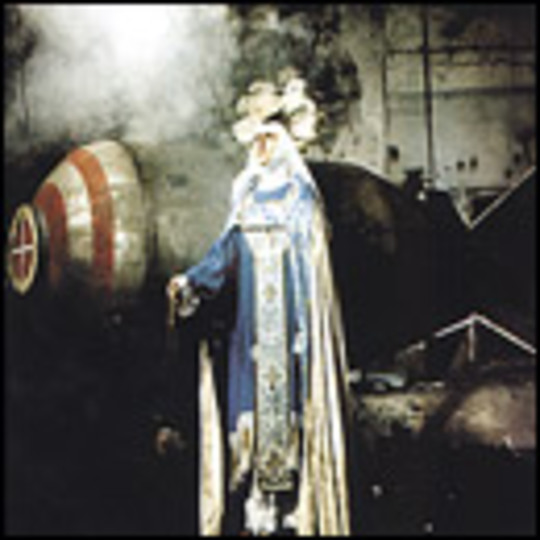 Band of Brothers was a television show that I never watched, but it was praised across the board; Living Things are a band of brothers that I wish I'd never heard, but will no doubt have critics other than myself salivating like a hungry dog in a slaughterhouse.

The brothers in question here are Lillian, Eve and Bosh. Fking stupid names yes, but look at them on the back of their album! Aren't they **cool, what with their big black hair and tight black trousers? (Speaking of Big Black, 'Black Skies...' was recorded by Steve Albini. Well whoopee-fucking-do.) Um, no, actually - you look like three glum kids with no friends and a stylist with fewer ideas than McFly do pubes.

I know, I know - it's wrong to judge on appearances. So, I give the record a spin: BORING. Heard the single, 'I Owe', yet? If so, you'll know exactly what to expect here - tired, formulaic, recycled-to-death stuff that has no place in today's wonderful, technicolour musical world. Basically, this is dull, and that friends, is a bad thing.

Somewhere there's a factory producing bands like this, bands that serve no purpose whatsoever and fill up space (like this here space!) that could be put to better use promoting GOOD bands - bands with passion, with invention, with God-given spunk, dammit. Heck, it'd be put to better use if it were blank. I'd burn the factory down myself if these guys hadn't bored me into a state of pure inertia. So please, someone, take some petrol and matches to the source and make the world a better place.

In case you missed it, BORING. I'm off down the pub to stare at the wallpaper...