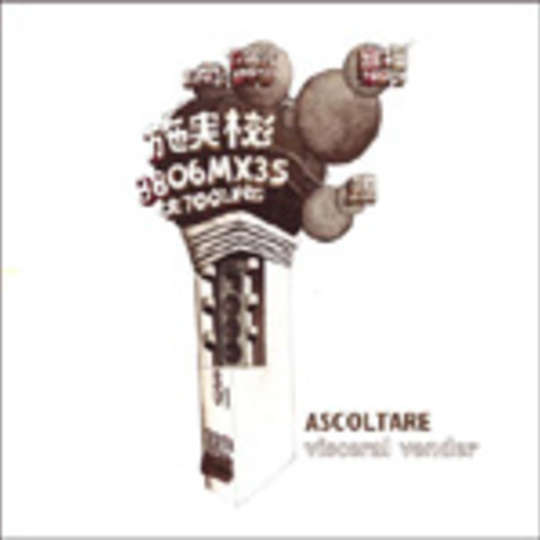 Sometimes you think that those at the knife-edge of alternative music don’t do themselves any favours. For some, the supposed show-off intelligence and electro-indulgence of alt-hop does little to disprove the charge that it’s simply hip-hop for white college kids, or that the charred dissonance of post-rock merely shows its makers to be humourless horsemen of the apocalypse. Similarly, artists engaging in electronica are constantly forced to duck the charge that they are masters of form over feeling; techno-wizards that evade emotion and warmth in favour of processed, cut & paste head music.

While that’s not an entirely fair accusation – Four Tet’s Rounds was a tour-de-force of synthetic reverie, while Mat Elliott’s “The Mess We Made” summoned more soul, sadness and damp-eyed mourning than most tortured troubadours manage in a lifetime – there is an element of truth to it. On the whole, electronica artists are constantly struggling to straddle the desire for their music to speak on an emotive level, and the contrasting need to show their own prowess as producers.

Formerly a member of British post-rockers Gwei-Lo; Dave Henson’s Ascoltare project bestrides these conflicting aims better than most. Fitting somewhere besides Aphex Twin’s crash of listless melody and spasmodic collages of rhythm, yet also flirting with intrusions into abstract sound-art, Henson’s approach is not to take crumbs of sound and embellish them beyond their effectiveness, but to sew-together assorted fragments into a patchwork of contrasting ideas. On “Spondulix,” a typically Aphex-like keyboard line is distorted and meddled-with before it disintegrates into a collection of synthetic cackles and mutilated rhythm. That it achieves the transition so naturally is even more to his credit.

At the album’s heart lies a lucid four-track stretch of gorgeous beat-less daydream laments. “Solemn Jets” embellishes its childsplay piano pounding with crisp keyboard arpeggios and searing synths, before seguing into a tunnel of dissonance on “A Place of Gathering Excellence.” The movement closes with “Single Sine Solitude;” a cathartic fever-dream of reverb-flecked phonics that sounds like the soundtrack to some speeded-up montage of rolling cloud and decaying nature.

The record disintegrates somewhat towards the end, as tracks such as “Please Let My Sick Head Settle” sound like ostentatious bouts of showy sound-art that simply meander in their fractured, frantic rhythm. It would also have been interesting to hear Henson augment his synthetic soundscapes with organic instruments more often, adding a greater depth in texture. However, any electronic artist that treads the same ground throughout their career is doomed to failure, and future releases will hopefully see an even more varied and incisive approach to arrangement. It also can’t detract from the fact that Ascoltare’s debut is an incredibly coherent collection of fluid, intelligent electronica that comes peppered with some truly emotive, stasis-like melodies – proving that not everything made on a laptop breathes with a digital heart.