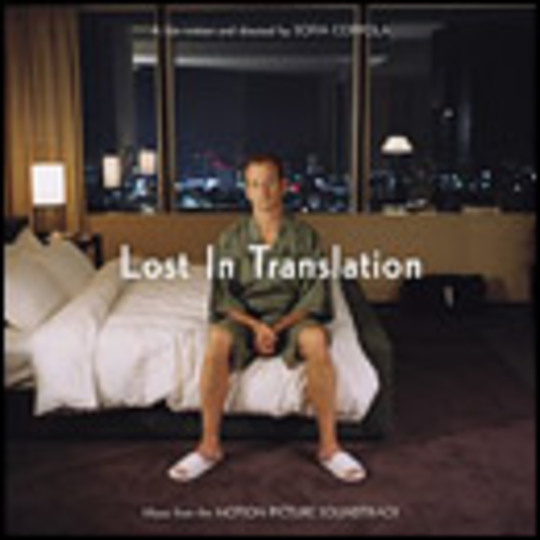 As we surf our way into an era where TV, film, music and the interweb all blend into one, multi-limbed homogenous beast (for the perfect example, see this month's School Of Rock film), it's still surprisingly rare to find a modern piece of celluloid which looks to form a musical partnership that will enhance as well as compliment the film. Most movies and accompanying soundtracks are ram-packed with commercial tie-ins and the usual sub-nu metal/industrial twaddle or the next Blink 182, or failing that, some sort of half-arsed 'electronica' effort designed to be ignored. In this respect, as well as musically, the OST to '_Lost In Translation' _is a spectacular triumph.

On her debut film, The Virgin Suicides, director Sofia Coppola roped in those Gallic muses, Air, to perform the whole soundtrack. And whilst this collection features a variety of artists (including Air again), the effect is largely the same. Over the course of an hour, 'LiT: OST' gently guides you through a myriad of woozy joys; from the film closing '_Just Like Honey_', by The Jesus And Mary Chain - which still stands as one of the greatest moments in the band's frequently great catalogue - to the dirge-y grandeur of My Bloody Valentine's still-sublime 'Sometimes', it's a beautifully-fashioned record that works completely outside of its film setting but also acts as a haunting centrepiece to the movie itself.

The draw for hardcore indie-ists will be that LiT: OST boasts the first new work by MBV mainman Kevin Shields for over a decade, and his four contributions are very well judged pieces of work; but it's other gems that inspire more; legendary (so I'm told) early 70's Japanese folk group, Happy Ending, offer the simple yet sweet 'Kaze Wo Atsumete', and the hip-for-five-minutes Phoenix, the brilliantly musically adept French MOR pop act, submit the fucking great 'Too Young'. Add the suitably filmic stop-start echoes of Air's 'Lost In Kyoto' and the almost confusingly gentle 'Tommib' by Squarepusher, and it's an accompanying CD that's as good as the film itself. Which is excellent indeed.