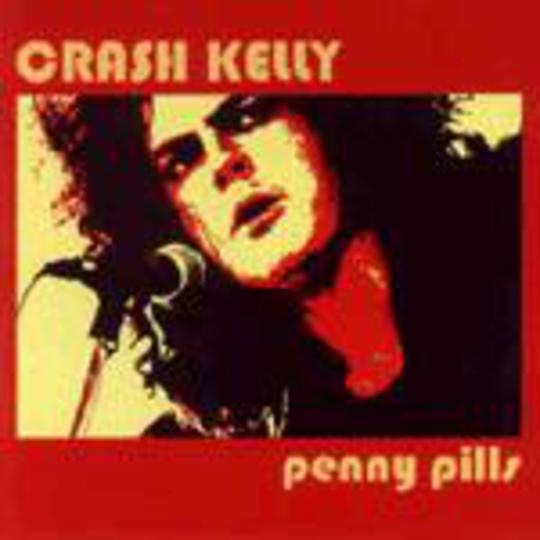 A band that cites T-Rex, Kiss, Guns N’ Roses and Cheap Trick as major influences really doesn’t need much of an introduction. Crash Kelly’s debut full-length is everything that lovers of the glammed-up side of rock & roll could hope for, and arguably more than they might expect in an era when the genre is generally seen as having only novelty value. Their retro leanings are evident in the raw guitar riffs, big rock solos and Sean Kelly’s inspiring vocals, which sound like they’ve been brought up on an artistically-healthy diet of cigarettes and alcohol.

‘Penny Pills’ varies from bouncy power pop gems like its title track, to the more riff-oriented ‘Irish Blessing 95’ – which, as well as a thunderingly rhythmic backing track, also features some superb rhymes. Meanwhile, mid-tempo ballad ‘11 Cigarettes’ is one of those songs that grabs you instantly and somehow seems extraordinarily pertinent to your life, even though you’ve no idea what it’s actually about.

Despite its stylistic familiarity, there is nothing half-hearted about Crash Kelly’s sound. The only way a band can get away with so brazenly mimicking its forebears is if it puts everything into the delivery – and, disregarding the subdued and disappointing cover of Rainbow’s ‘Since You Been Gone’ that rounds off proceedings, in this respect ‘Penny Pills’ is a reassuring surprise.