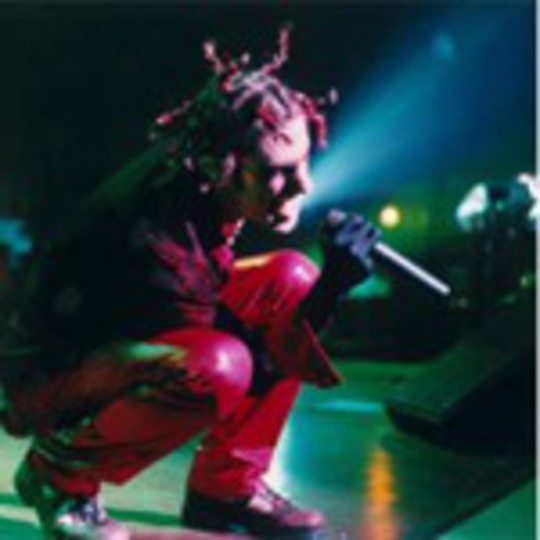 However, anyone wanting a glimpse of the band’s birth, way, way back in the mid-eighties, will be disappointed. It tracks the band across the States on their apparently notorious (for what isn’t clear) 'Relapse' tour in 1997, which follows their reformation post-Porno For Pyros. Much of the 90 minutes is filled with backstage and after party footage; some truly insightful, (like Navarro’s on-camera confessions and phone conversations with his beau), whereas others are mind-numbingly dull, only enlivened by the great cameo-spotting game you can play. "Look, there! It’s Val Kilmer! There, _there; it’s Stephen Dorff! And Marilyn Manson! And some crazy old guys that took a lot of drugs back in the Sixties (The Merry Pranksters!?)!"_

“I’d like to be remembered as blue,” says Farrell during a phone interview. Why? “Because the colours of the flag of Israel are white and blue.” A devout Jew (he doesn't stop telling us), Farrell chatters away about religion and spirituality throughout the film. The man’s hand-on-heart sincerity is endearing, but a lot of his discussions with fellow religiously-minded folk is superfluous filler (as are the ever-present DVD extras, which amount to little more than rough off-cuts). But ultimately, what does anyone want a Jane's Addiction DVD for - religious debate, or the rock?

As you’d expect, when the rock comes, it rocks hard. The title song, ‘Three Days’, is a monster (and Farrell’s blue PVC outfit is really quite fetching), whilst the likes of ‘Ocean Size’ and ‘Jane Says’ sound as fresh as any rock music doing the rounds right now, with the latter sounding like a top-ten single all over again. That Jane’s have stood the test of time so well, and returned with an astonishing record in the shape of ‘Strays’, is truly remarkable. Even more impressive is the fact that Navarro looks exactly the same now as he did six years ago, and pretty much as he did some years before that (we’re treated to a few piccies from the Jane’s family album – Farrell hasn’t fared quite as well as his band mates), his ever-growing number of tattoos aside. Whilst the tour was supposedly notorious, there’s nothing overtly shocking here, unless you consider the filmmaker copping a feel backstage to be in bad taste, which leaves the viewer with a slight feeling of disappointment. However, what it does do, is give you a unique, shaky slice of Jane's erratic history, offering credible insight and overview. So Perkins doesn’t say much – he’s the drummer, it’s expected – and Flea just bobs his head throughout without really addressing the camera, but so what? Heck, Flea was only roped in for the purpose of the tour, and is seen mingling with his Chili Pepper mates again come the film’s end.

Once the credits have rolled you’re left with a film that accurately captures a brief, but highly eventful period of time, in the history of one of the world’s greatest ever rock bands. Really, who wouldn’t want that in their collection?