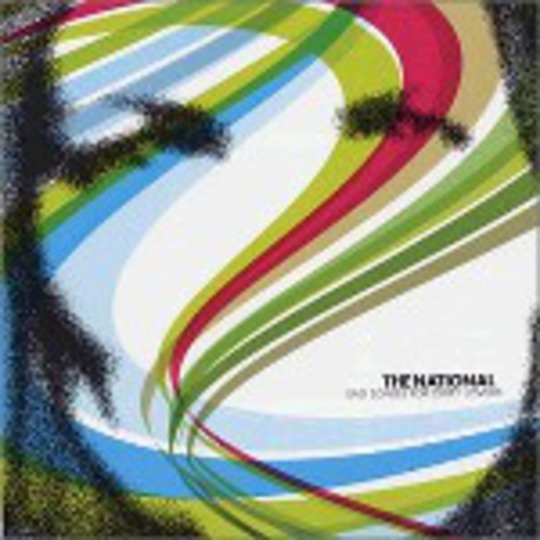 As a quintet of summating words, there’s not much more to add to the title of The National’s second record. Shall we stop there? Shall we buggery.

Having arrived in New York via Cincinnati there’s not an ounce of New Rock Revolution (or whatever) within them, and it’s less ‘city that never sleeps’ than ‘city where everyone sleeps with each other’. Instead of Converse trainers and bad hair we get a likeably miserable arrogance that Morrissey tried, but never quite managed, to pull off. Best of all, it takes in Smog’s sparseness, Arab Strap’s bleak humour and minimal drumbeats, plus the grandiose sweeps of Tindersticks, and ends up far greater than the sum of those parts. Add in strings from Padma Newsome, whose main concern, Clogs, came out with some wonderfully orchestrated understatement on 'Lullaby For Sue' earlier this year, and it’s quite a potent emotional trip.

Though there are arguably less cast iron brilliant tunes, in the classic songwriting sense, than on 2001’s inspirational self-titled debut album, ‘Sad Songs...’ still bristles with the kind of dormant, jilted, pissed off anger that loiters within all of us. It’s the sound of forbidden affairs, illicit sex with strangers in bars, drunken confessions, of real life. And it feels fantastic.

Comprised of two sets of brothers and a singer who, apparently, has no brothers at all, it’s the non-sibling sector of The National, vocalist Matt Berninger, who gives the band their cutting edge. And when he darkly intones “let her treat you like a criminal/so you can treat her like a priest” on opener, ‘Cardinal Song’, a new heart-on-sleeve troubadour hero is born.

‘Slipping Husband’ and ‘Available’ are the pick of Berninger’s askew view of love; the former informs us “you could have been a legend/but you became a father”, while the latter’s 80s guitar-isms climax with frenzied “why did you dress me down?” repetitions. The remainder is equally packed with genius word twisting just too abundant to list.

Many have tried, almost as many have failed, but this is confirmation that The National can be considered as cherished loved ones over a host of significant others.