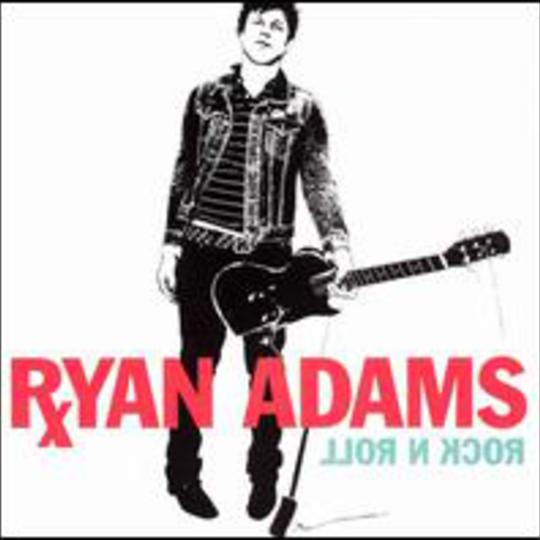 Close your eyes and this record doesn't exist. It's a mirage. An illusion. The late-night wet dream of some A&R weasel, wanting to turn his artists into sad corporate juggernauts. At least, that's what you've been telling yourself, as the full-throttle fakery of 'Is This It,' the trashy car-crash thrash of 'Note to Self: Don't Die' and '1974's dire dunce-rock ruckus conspire to patronise your eardrums: by rights, this album should have never been written.

Why? Because earlier this year, Ryan Adams almost released 'Love is Hell;' a masterstroke of stark songwriting that bled the broken blues of his debut 'Heartbreaker' into shimmering, searing shoegaze atmospherics and created a classic to rival the tortured whiteboy angst of 'Grace' or '_XO_.' But then it got delayed. The label said it 'wasn’t finished.' They threw around phrases like 'too dark,' said it was 'not his best work,' and eventually refused to release it. This is what he came back with…

'Rock N Roll' is the worst record Ryan Adams has ever put his name to; a mess of identikit garage buffoonery and amateurish production, filled with rushed lyrics and written-in-a-weekend tunes. It's a Pop Idol imitation of what a great rock 'n roll record should be – all pneumatic guitars, drunken vocals and self-destruction – but forgets the most important rule of all: the songs must be something else.

Problem is, most of the time the tunes veer from the supremely awful to the shoulder-shruggingly average. 'Luminol' begins by parading its sad cod-punk riffs around like a child that's just discovered how to play the Buzzcocks songbook, before going absolutely nowhere with the kind of chorus even Avril Lavigne would find anodyne. The title track is a pitiful self-parody; a bluesy bar-room confessional full of bored piano tinkering and 'feel my pain' grumbles; while 'Burning Pictures' takes its 80's influences and turns them into tepid trad-rock.

Alright, so he’s not entirely shooting blanks. 'So Alive' is okay if you like your rock idols singing bombastic U2* b-sides; the *Bon Jovi pastiche of '1974' is toe-curlingly comedic and 'This Is It' is the kind of urgent, excitable dumb-fun punk that Adams was aiming for all along. But it's not enough, and only the soul-spilling wonder of 'Anybody Wanna Take Me Home' – a gorgeous, rain-swept slice of shimmering, Smiths-esque Anglophillia – stands up as a reason to buy this record.

After Elliot Smith took his own life without finding a label willing to release his last album, you would hope that record companies could develop the decency not to handle their artists like slabs of meat. On this evidence, that dream is a long way from becoming reality, as 'Rock N Roll' is nothing but a slap in the face, both to Ryan Adams and to music fans. It is a sign of astonishing cowardice, that his label would rather sell a collection of crappy cock-rock pastiches than an outstanding but less commercial album, and a sign of contempt for music fans in thinking we’d fall for it.

The 'Love is Hell' sessions have now been cut up, sanitised and sold off as two EP's. You should buy them both; they include some of the best songs Ryan Adams has ever written. 'Rock N Roll' however, is not only an album of anaemic, second-rate songs, it is also the attempt of a major label (Lost Highway is a subsidiary of Universal) to turn one of the most talented songwriters of our generation into a puppet-like, PR-friendly poster boy.

Don't let them get away with it. Close your eyes; pretend it doesn't exist.