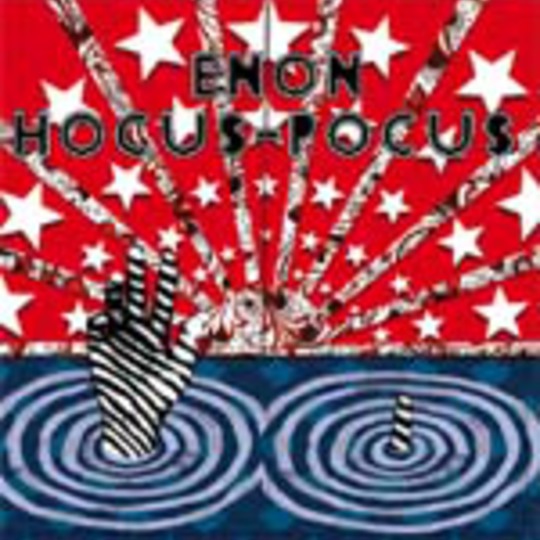 Now on to their third album, Enon continue to mine their uneasy vein of hi-tech indie pop. You get the impression it’s a lonely path that the band have chosen. Part power pop and part lo-fi in origin, ‘Hocus Pocus’ is a tricky record to listen to and its twisted roots of songs are unlikely to win the band much more than a cult following. Inspite of this, it’s impossible not to marvel at the spooky wonder of their records.

‘Hocus Pocus’ doesn’t really kick off until track 5, on ‘Daughter In The House Of Fools’, which really should have opened the album. One of several tracks to feature the intoxicating singing talents of Toko Yasuda, the sparse arrangement is a winning new direction for the band. The songs led by singer/guitarist John Schmersal are often slightly grungier and more melodic than Yasuda’s. Particularly impressive are ‘Candy’ and the grinding ‘Starcastic’, which combine the two vocalists’ talents to great effect.

Much of the remainder of the album is good rather than excellent. Tracks like ‘Murder Sounds’ and ‘Storm The Gates’ have a tendency to sound slightly undeveloped – which would be forgivable were they not stacked next to each other in the running order.

Minor quibbles aside, though, Enon have proven once again that there is room in the world for intelligent, adventurous music. Curious parties should probably head for 2002’s ‘High Society’ as a starting point, but ‘Hocus Pocus’ is nothing if not a worthy follow-up.