Casually Dressed And Deep In Conversation 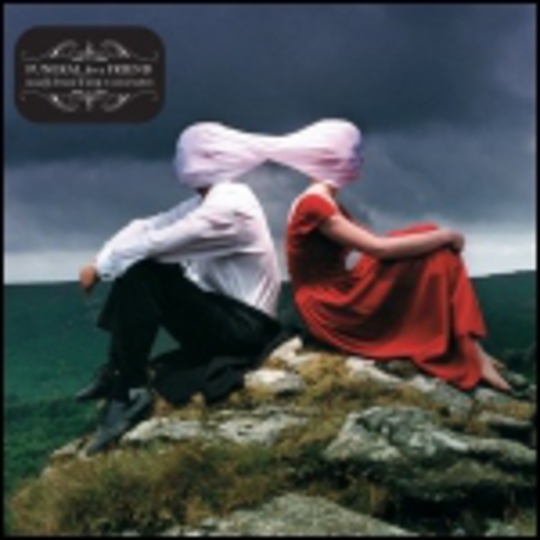 Punk rock is a noble sport, and FfaF are its tooth slaying, media starlets. Burn them young and they will blossom into rock monsters capable of saving the sinking ship of AOL Time Warner. If only so they can bankroll the post-CD:UK revolution.

'Casually Dressed And Deep In Conversation' straddles the space between a smile breaking, zeitgeist destroying, heavy metal pop collection and the uber cool, Black Flag seeking, Jade Tree spewing, name dropping record of 2003. This is the ultimate extension of what we expected when we first drew blood to_ 'Between Order and Model'. This is what we wanted when we first heard the Fierce Panda pretending scabs of _'Juno' ('Juneau': don't confuse the kids; it's inhabiting the realms of Cat Deeley crack-age). This is what we needed when we found out Radio One sucked 'She Drove Me To Daytime Television''s guttural cock.

But what the fuck does it sound like, baby.
Like the cream of the post-hardcore crop being taken for a ride down simple street, left to sweat, before revealing that dark sense of morbid humour pasted to a soundtrack of you're-going-to-remember-this-fucking-melody-if-we-have-to-spoonfeed-you-early-'Tallica-records-all-day. Think Bill Hicks if his ghost wrote 'Dark Side of the Moon' for Maiden.

Token acoustic track: 'Your Revolution Is A Joke'. Your violins are healthy.

So instead let's make the whiny, studded-belt factory fans hate us for turning their pride and joy, their band du jour, their reason to etch holes in their earlobes, into the most successful, corporate party playing, platinum selling, platinum smoking punks ever. 'Cos it's all about trust.