The War On Errorism 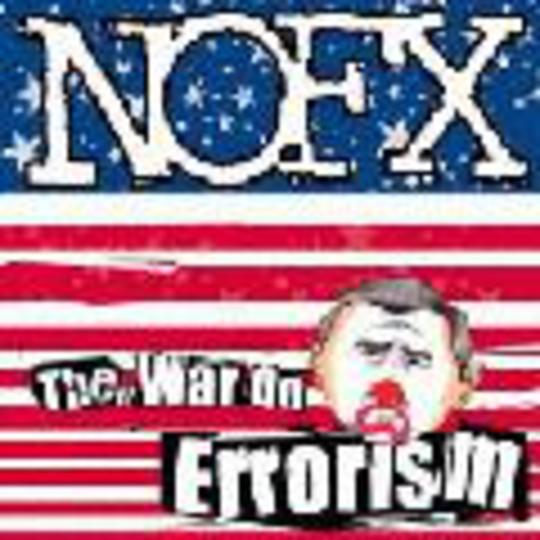 Lets face it, as much as punk purists love to criticise one of the most influential bands in melodic punk rock, everyone has at least some form of curiosity as to what the next *NOFX *record’s gonna sound like, lyrically, musically, politically and I guess controversially. So with the increased interest in world affairs and a world feeding on the information continually thrown out by the corporate media, their new record seems understandably concerned with highlighting why we - well, America primarily - are in such a sad state of affairs politically and culturally.

Open up the inlay sleeve and you’re greeted with a 3-page indictment illustrating the ignorance of Americans in terms of actual knowledge of world affairs, rather than blind opinions or acceptance and how attitudes have got to change. And they don’t just preach without following through with action as anyone who’s visited punkvoter.com can testify, a site put together by the band and *Fat Wreck *to encourage young people to participate in elections and vote against Bush. There’s even a _Rock Against Bush _tour and compilation planned for 2004. Which goes to show that, even if the music doesn’t float your boat, they do some pretty cool stuff.

Ah yes, the music. Well it’s NOFX, only this time around they seem to have fallen foul of their own unique formula, tussling with an overly used style with its bearings tied unequivocally to their ’94 classic ‘Punk In Drublic’. Whilst it set the standard for a generation of plagiarists to follow, it’s proven increasingly difficult for NOFX to actually progress themselves, which as the band has drawn closer towards album No.11 has led to a dependence on frequent minor 7ths and tierce di picardis as well as the inauguration of keyboards and guitarist Melvin’s ‘Mel-yell’ to pepper songs heavily enough to make them sound half original-sounding, in their terms.

A subsequent listen to ‘The War on Errorism’ and you’re bombarded with too many out-of-place of ideas, with songs that don’t really flow due to their angularity, though you can hardly blame them for at least trying to overcome the drought in their fountain of creativity. And it’s in 'Medio-core' that the band lamp a stinging left-hook to the fake-punk scene’s tiresome play-it-safe motto, though his comments at the end of the song, “I’m one to speak, this song sounds like 50 songs you’ve heard before”, is not without a trace of irony.

Their punk rock roots seem to be reinforced to those who count them as kiddie entertainers before punk rockers in ’13 Stitches’ _(about seeing old punk shows in the 80s) and _‘We Got 2 Jealous Again’ _which may be an attempt to distance themselves from the nu-punk generation. After all, how many 14 year olds have heard of _‘This is Boston Not LA’ or ‘Rodney on The ROQ’?

Elsewhere there is the ska-licious ‘Anarchy Camp’, with the classic line “No-one who is someone will ever get to know the joys of anarchism”, the glockenspiel-laced _‘Mattersville’ _(about a fantasy street of punk rockers who’re over the hill) and a (h)armless homage to a fan with no arms or legs, called Nubs.

While this album is by no means their best material it is still entertaining and, crucially, a scathing attack on areas of the punk culture and the politics governing society. How many other punk bands with as much influence manage to balance the two as well as NOFX?