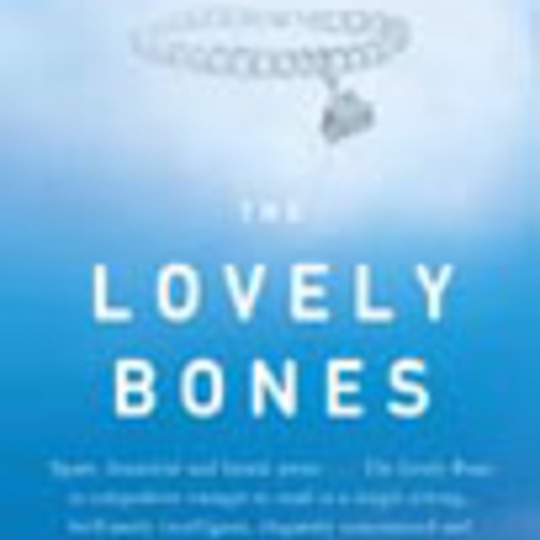 ‘My name was Salmon, like the fish; first name Susie. I was fourteen when I was murdered on December 6, 1973.’

For months I’ve been picking up the same old same old books about disastrous love lives; vacant women trying to be aloof; chicks who make like Bridget Jones on speed, with a job in the media. I’ve felt unfulfilled by the words available to me. But not anymore.

‘The Lovely Bones’ by Alice Sebold is about a girl who was raped and murdered, then cut to pieces and buried in a safe. The whole story is told from the point of view of Susie sitting in her heaven looking down at her family, who are left to deal with the aftermath of her disappearance (the body is never found). Sebold deals with the subject beautifully, without cliché and never sparing her audience the detail of pain.

All Susie wants is to live again, but knowing that she can’t she watches everyone she knew deal with their own grief and understanding of death and tragedy. Sebold does a strange thing, by having the restraint and clarity to never try and provoke pity. This may be to do with the fact that she herself was raped, but went on to bring her attacker to justice.

The characters seem to be metaphors for Sebold’s own emotions. The parent that wants to seek vengeance, the other wanting to go out and live the life that she always wanted, rather than just being a mother, just being a woman. The sister that blocks out her own sadness and never lets her composure falter. The boy that shared a first kiss with Susie days before she died, the innocence that will never be recaptured. And the haunted girl, who was touched by Susie on her departure from earth. A girl left with the ability to feel and sense the brutal suffering of others.

This all makes the book sound morbid and incredibly sad, which it is, but it’s also uplifting. Never saccharin and never mentioning religion, not even in the sense of heaven, Sebold has created a piece of work that steers away from the sentimental and makes the unbelievable believable.

You fall in love with the characters, faults and all. Rarely do you find a book that leaves you incapable of doing or thinking about anything else, until you have turned the last page. And turning the last page is heartbreaking.

The World Woke Up Without Me