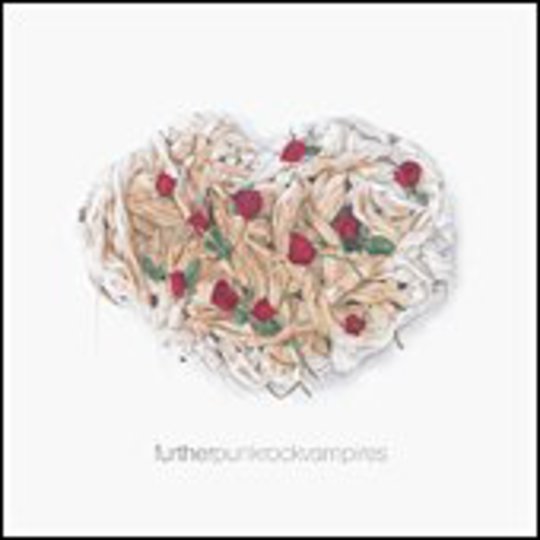 Just like Britain, Oz should have realised that giving shit to people isn’t gonna do them any good. Best sit there, shut up and suck the merry cock of American rock instead.

With that in mind, even a Biffy Clyro fan could complete the equation: ‘Australian Band + Fierce Panda = Shit record that sounds like Wilt’ Crap music deserves crap jokes, so let’s indulge: ‘Further want to sound like Sonic Yoof but that couldn’t be further from the troof!’

After the first half of the LP passes by without a single spark of originality or interest, the mildly melodic ‘A Song For A Shameful Epic’ pops up, only to be followed by the atrocious ‘Reactor’; which sounds like Hell Is For Heroes if they lost their major label deal and took to recording on motorways using dictaphones and filing cabinets.

Like a lot of recent Fierce Panda releases, it’s samey-paced rawk that jangles along with a reverberating single note semi-clean guitar chink on one side and some warbly voiced son-of-a-convict on the other. Vocals consist of incomprehensible whining about house prices being a third of what they are here; having Holly and Kylie as national icons and coming from a city with a glorious opera house on one of the most lush beaches in the world.

It’s a bad life in Australia, innit? What do we have though? Jordan and fucking Coronation Street. But they got it worse. Australia y’see, has to live with the knowledge that even neighbouring New Zealand has better rock exports than its own sandy land of strawberry pickers. Yep, you’d rather listen to the D4. Hey, maybe we should send them Adam Ant and Gary Glitter so they can lead a convict rock revolution? It couldn’t be much worse.

Reuben, Colour of Fire at Highbury Garage, Islington, Tue 27 May