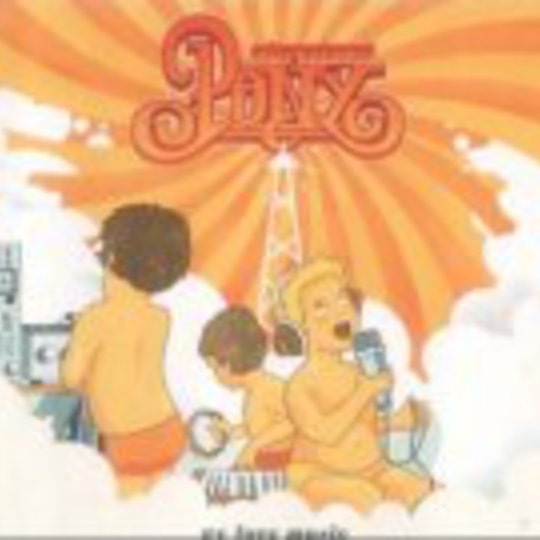 Take three Germans in ill-fitting shirts, let them loose with most musical genres of the late 20th century and you would have some idea of what International Pony is like. The fact that they would then continue to surprise you is why their debut album is a joy to behold.

DJ Koze, Cosmic DJ and Erobique have plundered musical vaults and come up with a superb cosmic mish-mash, where p-funk lies in bed with house only to roll over and make beautiful 'music' with hip hop and soul.

This is primarily an album for the summer, even what other albums would call fillers are bona fide delightful short tunes such as ’The Bubble’, which is the musical equivalent of waking up on a sunny day. And future single ’Leaving Home’ is a more uptempo version of the same good-time electronic music with soul.

Another track earmarked for a single release is the more industrial ’My Mouth’, which will probably give first-time listeners the wrong impression of the threesome's music as it is a much more electroclash affair, with a distinct lack of the crisp beats the rest of the album offers. This could be how their label sees International Pony being touted in Britain. They should really take a look at the rest of the sublime tracks here, such as the rain-inspired ’Les Parapluies De Saint Georg’, and realise that International Pony really do love music. And you will love them.