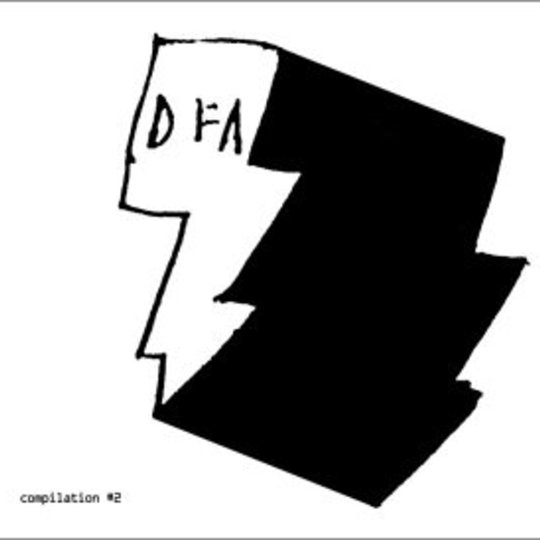 The most effortlessly fashionable compilation to be released this year? Probably. The DFA are James Murphy and Tim Goldsworthy, the production duo behind two of the greatest singles of the past few years – The Rapture’s House Of Jealous Lovers and LCD Soundsystem’s Losing My Edge.

Sadly, neither record appears on this release, which spans three CDs and pretty much the whole of the DFA roster, but considering the wealth of talent on show elsewhere, it barely matters. The Rapture appear twice – new song Alabama Sunshine is a typically joyous and shambolic mess, with Luke Jenner sharpening his trademark serrated yelp to a precise point. Elsewhere, a DFA edit of Sister Saviour dispenses with the vocals altogether and adds a looser, more dancefloor-friendly edge to its synthentic bounce.

Even better are the offerings from LCD Soundsystem, Murphy’s own project. Yeah trumps even the mighty Losing My Edge. It appears here in two forms – a Pretentious Mix which drifts through nine minutes of proggy, melodic house before ending in a clatter of percussion, and the Crass Mix, in which Murphy does his Mark E Smith thing over standard indie-dance for three minutes before suddenly morphing into a huge acid techno beast. It sounds incredible.

The DFA’s genius is that they’ve successfully positioned themselves at the exact midpoint between the 80s post-punk revival and the microhouse/electro axis where much of the best dance music is being made these days. So while most of the tracks borrow ably from both (the DFA’s percussive reworking of Liquid Liquid’s Bellhead for example), it also means that the taut guitars of J.O.Y’s Sunplus sit perfectly alongside The Juan MacLean’s immaculate click-house on I Robot.

Best of all, however, is the third CD, a continuous mix of DFA classics past and present – most of this stuff works far better thrown together than in isolation, which is possibly why even the indiest stuff here feels as much like dance music as rock music. And the final, climactic collision between Yeah and Beat Collection is nothing short of astonishing.