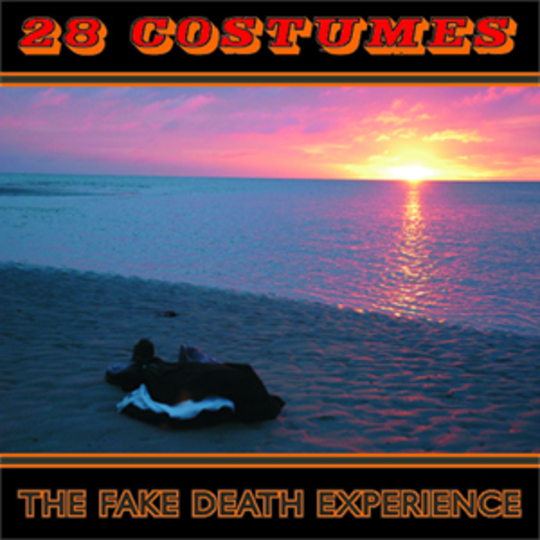 Someone messed up. This isn’t meant to be happening now. Where are we? 2004? Fuck. Right, okay, no problem – everyone get in the back, we’re going for a ride.

Y’see, 28 Costumes don’t belong here, not now anyway. There’s something special here – a spark that just needs a little encouragement to roar into an uncontrollable inferno – and we need to take it back to the source. 1961, give or take. It’s not that far, we’ll be fine. We’ve got to give these boys the chance they missed through being too young, the chance to blow the pop music game wide open. What's that? Liverpool? We’re here. Everyone out.

Now, it’s not like I don’t recognise the significance of the Fab Four in contemporary popular music, but don’t you ever yearn for that bit more? Be fair, were it not for a floppy haircut and a complete lack of anything to do on a Friday night in the ‘Pool way back when, d’ya really think we’d be buying John fucking Lennon anthologies in 2004? Would we fuck, sir. Right, set it up over there. Yes, I know this is unethical, but fuck ethics, I want rock and roll. Ready? Hit it.

The new 2004. Merseybeat never happened. The La’s were never born. ‘Yesterday’ was a flash in the pan. John Lennon lives with his mental Japanese missus in the Wirral. ‘21 Years’ is covered by Pete Waterman’s latest pop project and gatecrashes the Christmas charts, knocking Band Aid from the top spot. ‘I Nearly Crashed My Car’ still closes indie discos across the land. ‘Hurricane’ jangles as well today as it did so many years ago. You're brand new, you're retro.

The new 2004 is bliss. No Thomas The Tank Engine on telly, mind.