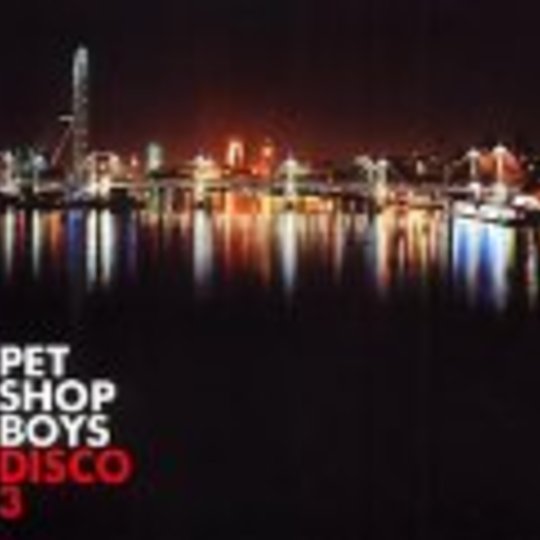 John Peel was right: if this lot were called Eins Vie Drie Zwei and were from Mulheim, they’d be hailed as the best thing since Sliced Bread.

Which is a shame, because some bands suffer from their name and their history. This is surprisingly good but most people just won’t get to hear it because of the name of the band on the cover. You know, the one redeemable band from the crop of Eighties Synth duos. The ones who didn’t resort to either artistic irrelevancy or cash-cow reunion tours. They just kept going and followed their path - artists who happened to be pop stars, not pop stars who pretend to be artists.

So what is 'Disco 3'? (Apart from being burdened with the most unimaginative album title since the days of Led Zeppelin?)

Camp Europop with wry, overclever lyrics and chunky bass lines coming out of a box are so Eighties. Trust me. If this was the first record they’d made the press would be over them like a rash - and they’d sell about 42 copies. But it isn’t, it’s actually their fourteenth album. And it doesn’t sound anywhere near as jaded as it should.

It sounds great, even if it is oddly dated. Retro, but not in the way of a knowing sly-wink or a last-ditch attempt to gain currency riding the wave of nostalgia. Retro in the way of using the best bits of the past and welding them to a vision from the future.

On paper, 'Disco 3' is an appalling concept - a selection of duff remixes and b-sides thrown together in a random selection, because the Pet Shop Boys know that nobody buys their singles anymore. (Only 'Disco 2', an unimaginatively-titled medley of 20 or so nosebleed techno remixes sounds worse).

But, from the glorious remixing of tracks from their latest album (the wry 'Release') and five new songs, 'Disco 3' is an album that, shorn of the very concept of hit-singles and of chart positions, just does a fine job of presenting what Kraftwerk called the “the man machine” - the glorious place where soul meets steel, where circuits meet comfort, and where technology meets temptation. It shows that you can glean beauty from the beats, and presents the very best things about both the Pet Shop Boys and their genre.

Say what you like. If you’ve got a fear of technology you’re a luddite. And this? You know what the Pet Shop Boys sound like. It’s business as usual, and business, to quote Megadeth, is good. Viva Euro Disco.