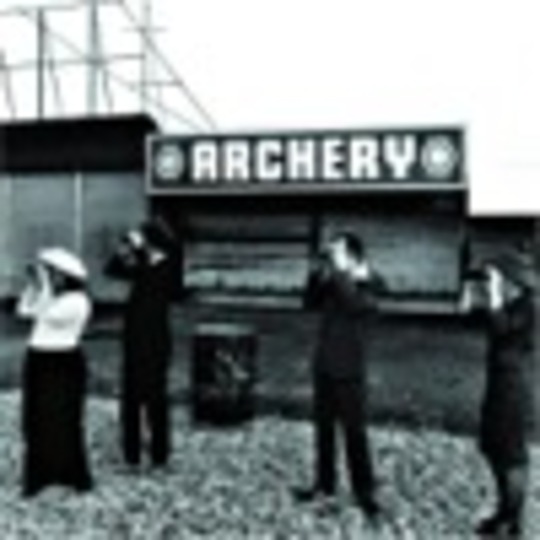 This is the eighth studio album by Pram, the long serving, multi-disciplined electronicists from Brum.

Eight albums? it's enough to send you spiralling into a cold, feverish sweat. I mean, what after eight albums could they possibly offer that was not revealed in the previous seven? Surprisingly, it seems a good deal of things.

To be honest, I gave up on them around album 5; dismissing them as likeable yet wholey inconsequential practicioners of the art of toytown electronica, all twee bleeps and sing-song vocals. Somewhere in the following 120 minutes of music it appears that they developed a whole lot more depth and a damn sight more class. I mean, now its clever and chic and atmospheric and well, pretty fucking cool.

There's a wonderful filmic quality to the album; not least the Jazz Morricone-isms of opener 'Track Of The Cat' and the sweeping eerie lullaby of 'Leeward'. But there's more to their bows than a penchant for Stereolab-like French film scores. Indeed, there's something distinctly English in their offerings, save perhaps for the album closer 'Distant Islands_. The album is studded throughout with glorious blasts of trumpet adding to the CD's general utter charm.

Additionally, we get the charming vocals of singer Rosie, and there are other moments that reveal the many-stringed weapon Pram have become; take for example the droning Mogwai-esque synths of 'Penny Arcade' with sutlry vocals and smoke drenched trumpet draped accross them. Or the wintry, sparse crawl of 'The Pawnbroker'.

Amazingly, as they reach their decade of albums, it seems that Pram have improved. For most bands at this stage, they'd probably hope for phrases like "a return to form" or "capture the vital essence of their early work". no such problem for the Birmingham collective: they've got bigger, more adult fish to fry.