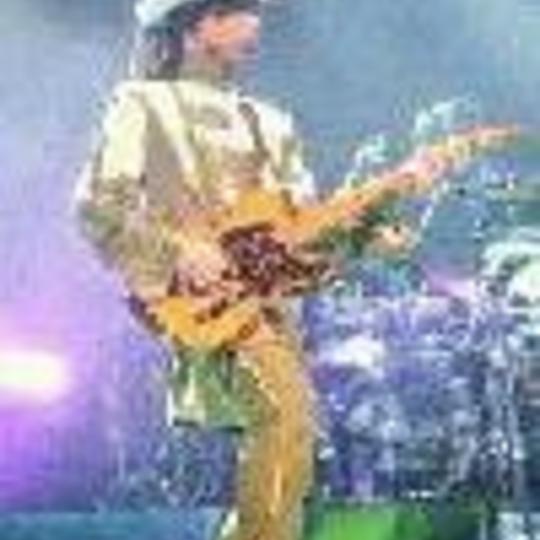 The experience was a good one, revealing that he had lost none of his genius for performance, and none of his skill as an entertainer. Whipping the audience into a frenzy, directing his band like a diva and spinning and screaming and spouting and preaching and everything...

When I received this 3 CD box set as a birthday present, I was not a small amount thrilled. In my hands sat a box representing a little slice of magic set to plastic.

The packaging is second to none, with a glossy booklet with loads of new pictures and a large sturdy box with an alluring picture of the man himself inviting everyone to spend "one night alone" in his regal company.

So far, so good. The warmth of the feeling of possessing something of beauty to keep forever lasted right up until the point where I had been listening to the first CD for about 20 minutes.

Then it hit. I had been listening to this immaculately played, noodley funk-jazz guff for the entire time. Not much singing on there, purple boy. Perseverance revealed some kind of songs structured with all kinds of political and religious posturing. 15 oz of slap bass, 20pounds of keyboard effects and about 1/4 gram of tune.

Maybe the second CD, which promises the pleasure of some of the most classic songwriting of the last century would reveal the gems at the heart of the collection, the pearls in the shell... NOT. The versions of 'Nothing Compares to You', and 'Diamonds and Pearls' are so filled with audience participation and soulful extemporising that they are never complete and sometimes rendered unrecognisable.

The third CD (‘Aftershow’) Simply mixes up the soulless funking of the first disc with very slight references to the claims on the jacket that classic songs are being performed: example - and my favourite Prince song - 'Boys and Girls'. This track is just an elongated party jam with about one sax reference to the original riff...

I am not in any sense denigrating the album as a fine slice of genius, truly representative of the man live. (There was always an element of "the funk" obscuring his primary talents of songwriting and performing)

Maybe I am just missing the point of the exercise: to free expression and become Rainbow Children. Definitely I think that it is difficult to convey the excitement of seeing Prince live. Without personal participation in the audience interaction and without watching the spectacle that is his incredible stageshow, coupled with listening to others who are obviously having a wonderful time, it feels like taking a shower with a raincoat on. It tastes like fat-free chocolate cake. It feels like soulmusic with no soul. It feels like sex with a condom.

But worst of all, it feels like a musician with no respect of his own legacy.

Message to Prince: please give a fan who owns EVERY SINGLE and EVERY ALBUM that you have released (including some that suck big ass, by the way) the respect of NOT charging £65 for a concert ticket, and NOT expecting them to pay £50 for a box set that accurately represents the reason people are writing you off as a has-been artist.