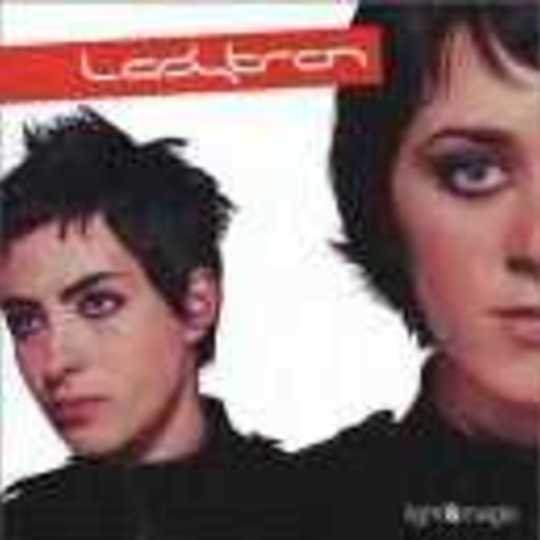 Emerging in mid-1999 out of the embers of the soullessly hedonistic generic dance culture, Ladytron were an immediate riposte of elegant ingenuity. Consisting of two anonymous techno-whizzes crouched in a space age engine room behind the distant and alluring vocals of front ladies Helen Marnie and Mira Aroya, they breathed a soothing sophistication back into the lungs of technology that was quickly picked up on by the fashion establishment.

Avoiding any impulse to comply as darlings of a “New Wave”, on their second album Ladytron stay true to the beguiling, icy detachment of their sound, and any development conception-wise seems to be not in the style of compromise but of effortless innovation. At times ‘Light and Magic’ is like being kidnapped and poisoned by a psychoanalyst.

In contrast to the relatively immediate sparkle-pop of ‘604’, displaying a sheer mastery of their genre, Ladytron have prompted a stylistic evolution into new realms of scope, making ‘Light and Magic’ a truly formidable sonic proposition. Opener ‘True Mathematics’ resounds with the more menacing feminine edge that freely permeates the rest of the album. Marnie and Aroya, a potently intoxicating aural mixture of genteel and exotic, are more detached and distorted than before, and come across throughout as typically complex demigoddesses. ‘Fire’ is a storming ode to life and sexual tension of man delivered by the Goddess of Females (Er, Athena? - classical theologian Ed). Tales of small town claustrophobia have become odes to female complication. ‘Flicking Your Switch’ is another statuesque iceberg in this manner that could sink a fleet of Royal Marine submarines. Meanwhile, Ladytron evidently take pride in rubbing the intellect like a genie lamp, and the use of foreign languages and references to “spatial girls”, etc. this time around succeed amply in evoking the beast.

‘Cracked LCD’ is boredom made poetically glamorous, “Liquid crystals on his watch catch rays/Of morning peaking through/Moving the pillows out of the way/Tries to make the time/Falls asleep with his watch on again/Cracked LCD”, a bleak, shimmering beauty, all the while retaining a brilliant sensitivity and touch. ‘Start Up Chime’ is in this manner an affecting mixture of elegant wake-up call to bored teenagers and world-weary poetry. ‘Cease To Exist’ and ‘Re: Agents’ are another blast from a beguiling, artful cyber-world that blur into an alluring dream-state and take you into their centre. The title track is the bubbling, effervescent best track on the album, and ‘Turn It On’ is thrown in as the instrumental soundtrack to cleaning the windows of the Einstein Tower.

‘604’ being as it was a sensual, intellectual, musically intricate blast, ‘Light and Magic’ can be seen as the consummate transformation from a superbly refined igloo to an icy cliff-top panorama, managing to retain all the allure of before and magnifying it ten-fold. One perceives at times that Ladytron have evolved into what we all secretly hoped they would – pure filth, but the genuine reality is of an album that is virtually impeccable on a multi-faceted artistic level, with an underlying, knowing humour that sufficiently keeps away the straightjacket. Truly deserving of the word “brilliant”, ‘Light and Magic’ is an absolutely formidable work that sets them miles ahead of the rest in what they've assured is a peerless genre.