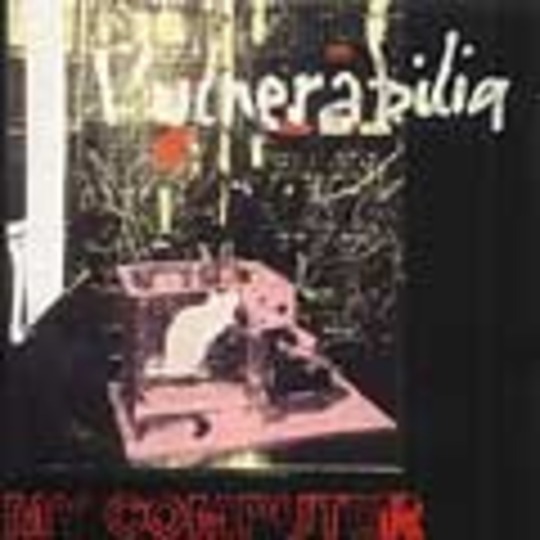 Bear in mind that the ideal platform for My Computer is a Sunday afternoon in the city, hungover, living over a shop, wondering about braving the instant coffee but ears more receptive than stomach. Vowing never to smoke again, never to open your mouth again. Preferably on a major road, probably in the rain. Which is funny, because...

Bear in mind that My Computer are self-explanatory, and that's in the deepest widest most scattershot way - it's an album of paranoia and regret writ in electronic terms, over-spiced with vocoders, but dropping into restraint when it really matters. It's also what the charts might sound like if success hung on emotional, not sales, pitch: a reminder of how the most powerful, repetitive, mesmerising, communal music is more often employed to say absolutely nothing.

'Majik Flat' is a happy result, seamlessly mixing ambience and rhythm with the Mancunian incantation: 'Magic Bus, please come for us.' And yes, it's worth all 7:49' for the moment when the string quartet slides in, you realise this dancefloor is really a sitting room, the drugs are working that sliver too well and... fuck. A dance tune about wanting to go home. Truthful techno?

Where the pull between trembly songwriter and chic mixer falls more in the former direction, as on 'There Are Ways', by contrast, it's sometimes that bit less effective - revealing what elsewhere is just allowed to poke through, vulnerable in context. Conversely, though, it's about here that self-consciousness finally kicks in, with a fitting moment of paranoia: 'Don't focus solely on my sorrow, 'cause sorrow's not the biggest part of me.'

Which brings us back to why this is such good morning-after music: there's salvation in multifaceted things. Here you can hole up and swim in chastened anomie to your heart's content, because life is hovering on the threshold and sooner or later it's going to come and fetch you back. Enjo