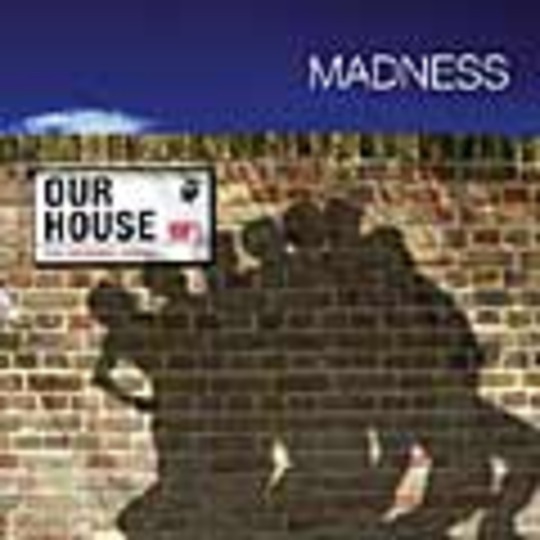 “This is what life’s all about” sings Madness frontman and general top geezer Suggs on 'The Sun And The Rain…'_ and ya can’t argue with the man in the shades and suit here, with the release of one of the best compilations of the last 20 years.

You got basically all the Nutty Buggers’ career here, from the ska stompin’ pure pleasure of 'House Of Fun', 'My Girl', 'Baggy Trousers' to the soulful 'One Better Day' – complete with saxophonic sex and Dock Of The Bay bassing.

This latest repackaging has been released to coincide with the new musical, also entitled 'Our House', which is about to open in the West End. Set in Camden, it’s billed as _‘an epic, passionate and fast moving comedy’. Yeah, right. Anything billed like that sounds dump. The songs though...

What I never realised about Madness over the years is the amount of cheeky and blatant – um – musical referencing that goes on behind the perfect arrangements and classy rhythms. Don't play that, play dis... 'Prospects' sounds like Home Is Where The Heart Is played by Chas n’ Dave and John Shaft; 'Shut Up' nicks the piano riff from Abba’s Dancing Queen; new track 'Sarah’s Song'_ is a ringer for It Ain’t Over Till It’s Over by Lenny Kravitz; and on 'White Heat', Suggs has obviously been listening to his old Donovan albums ‘cos the vocal line’s a straight lift from Sunshine Superman. I suppose if you’re gonna nick stuff, it might as well be from the best. Apart from the despicable Kravitz of course.

I guess most people will already own the majority of the tracks on this record, and the two new tracks aren’t worth shelling out the best part of a tenner for alone. Generally though, as ever with Madness, it’s an uplifting experience. The several-piece outfit have always had a lot more dynamic expression than they’re given credit for, and as it ever was with quality acts, the songs’ freshness and edgy humour remain intact. Top stuff.