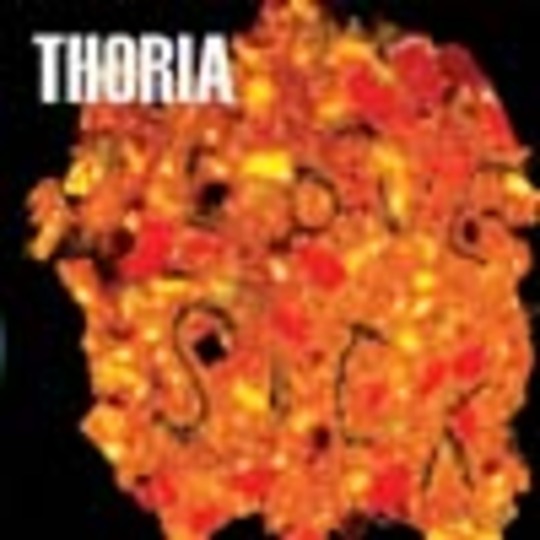 Welcome to the world, 2002: House prices are so high that none of us are likely to have our own place when we're old n' sagging. In the shadow of September 11, the leader of the most powerful nation on earth is declaring war on anything that doesn't kiss his arse. The most stimulating piece of television this year featured 10 halfwits stuck in an oversized hamster enclosure. Bleak, isn't it?

Out of bleak times comes excellent music though. The recession of the late 70s saw the disgruntled manifest their angst in the form of punk and other strange new forms - Coventry's The Specials put out the seminal ska classic 'Ghost Town' as their comment on the Brixton race riots and general shit-holing of the country's major cities.

One of 2002's answers to (admittedly slightly less) bleak times also hail from Coventry, but their job is not to comment about the state of affairs. Hell no, these boys come to rock, and you will know them by the name of Thoria.

'Love Sick' is the first full length album from the band, and it's a belter. In its ten catchy as shit tracks it manages to reference Nirvana (traces of Bleach stain 'What a Day'), The Wildhearts (particularly on the rousing, anthemic 'People Like You') and even, fuck, Wilco (listen to 'Navigator' back to back with Wilco's 'Sunken Treasure'). Throw on top frontman Mart's hugely versatile lullabye-to-a-growl-in-0.6-seconds voice and you're onto a winner.

While plenty of influences have gone into the hot pot, the flavour is all their own. Singles 'I Got Satan' and 'Keep 'Em In the Attic' give it large with the quiet / loud / quiet / loud rock dynamics, whereas closer 'This Reception' revisits old track 'Say These Words' with plenty more oomph - check out the gnarling bassline if you don't believe me.

Elsewhere, 'Misery' affirms what many of us have always believed with lines like "I need misery in my life cause misery helps me to write." All the while avoiding the crass angst-to-measure sentiments of today's miserablist metallers. And 'Hula' has to be the best song named after a Hawaiian dance ritual ever, with the refrain "There goes one more summer that I'll always hate!" It's safe to love rock again!

'Love Sick' is a sign - all of our futures are going to be a lot rosier with Thoria around. A very healthy debut for a band without the financial backing of an established label, any flaws are rendered obsolete by the abundance of both excellent tunes and promise.