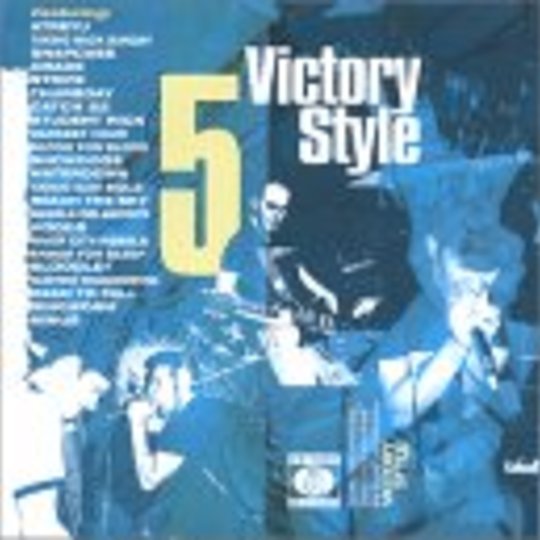 *Victory Records *has had its ups and downs over the years and these _Victory Style _compilations have documented the different directions the label has moved in pretty well. An East Coast version of the more respected and possibly more successful (dependent on what you classify as ‘successful’) *Revelation Records *Victory Records 2002 is a far cry from the strictly hardcore label that began life in a small Chicago flat in ‘89.

The compilations were called 'Victory Style' to reflect the style of progressive hardcore which Victory focussed on. But whereas the first Victory Style compilation featured the likes of Cause For Alarm, Integrity, Earth Crisis, Deadguy *and the legendary *Warzone *Victory has gradually broadened it’s sound over the years taking on both heavier and chaotic acts (as if you get any more chaotic than Deadguy) like new signings *Dead To Fall, Atreyu *& *Minus *and even branching out into (gulp) emo with the likes of *Thursday, Reach The Sky *and *Student Rick *and ska punk with *Voodoo Glow Skulls *and *Catch 22.

It therefore makes for a pretty eclectic mix of sounds with head honcho Tony Brummel seemingly signing up all manner of new commercially-viable bands with the half a million dollars he got paid for Hatebreed. Unfortunately, few of these new acts seem to show much promise and with the label’s well-known veterans either splitting up (Blood For Blood), signing to majors (Earth Crisis, Hatebreed) or producing below-par efforts (Integrity 2000) it seems that Victory’s proclamation as ‘rulers of the scene’ seems to have slipped from their grasp. Especially when you've got labels like Reflections and Bridge Nine coming through.

Of course, with 23 bands featured on this CD there’s bound to be some good tracks here. Strife *prove they’ve still got what it takes having progressed towards that much heavier style that HC seems to have veered more towards and which the scene police have been dreading. *Darkest Hour *follow suit and having just completed a tour with Hungary’s *Dawncore *that should give you some idea of how ugly they sound. Germany’s *Waterdown *provide a more melodic taste of metal-core while *Armor For Sleep *hit the spot which *Student Rick *failed to caress with a heart-wrenchingly emotional slice of powerful emo-rock that carries elements of *12 Rods. Keep an eye out for this lot.

For the completists there’s a cover of David Bowie’s 'Ziggy Stardust' by Grade *as well as 11 more unreleased tracks by the likes of *Taking Back Sunday *and *Voodoo Glow Skulls. All said and done though, this is a pretty average comp.