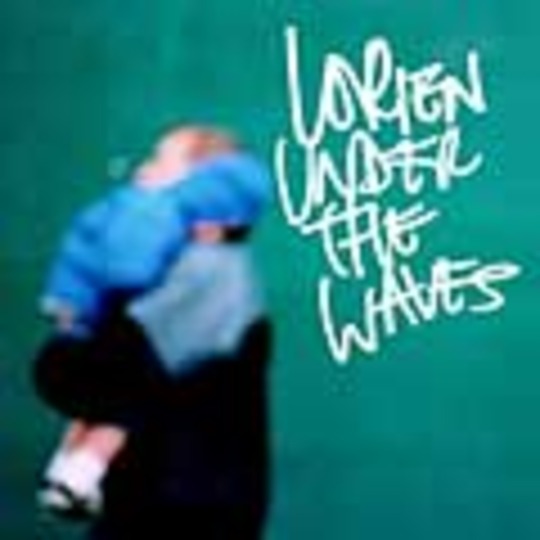 ‘Ghostlost’ - the first track on this, their debut album - is very striking after my fifteenth listen, and much as I wasn’t instantaneously attracted to it, it’s a fucking wicked sounding track to me now. ‘Human Beings’, the next track, enforces my point about this band being a boring lo-fi pile of faeces and I hate it hate it hate it, definitely one of the low points in this campfire collective’s collective.

Other standout tracks include their debut release, single ‘Shivering Sun’ - yes, boring title, good song. The climactic, fantastic and complete utter apex of this album is the fantastically mastered, shimmering, kissable opening to ‘Cherrywood Eyes’. Sounding full and complete, the epic sound to the song for the first time makes the correct 'n' proper usage of their Italian vocalist (who, just in case you didn’t believe in his nationality of origin is actually called - call me immature if you like - Fabio).

Unfortunately the terrible downfall of Under The Waves is that it’s too bloody predictable. With terribly titled tracks like ‘Milky Magic Tears’ - yeah, nice one guys, a song about calcium - there are some very overdone and repetitive stereotype indie styles in this album which really debase an otherwise good set of songs. Lines like ‘my little octopus’ do them no credit whatsoever as a serious band and if there’s some deep and intrinsic metaphorical significance behind Fabio's sodding lickel octopus I for one refuse to trouble my busy life trying to find out.

So: yes, this album is a sonorous, orchestral masterpiece in places with some of the most fantastic and well placed pieces of synth, voice distortion and of course a nice little descending distorted strings section. However just as a gimp-footed horse may be a lovely animal on this inside, a lot of this album is a smelly and shit-filled loser; which is essentially going to cost you money and might not bring the results you want. However you can - as with Flossy the gimpo horse’s fate as Prittstick - use it for a coaster, or sell it to your mate who likes Starsailor. They’re a lot better than Starsailor, they’re not as good as the Doves, but definitely worth a listen (and yes; I am aware these are the only two bands I’ve made comparison to).