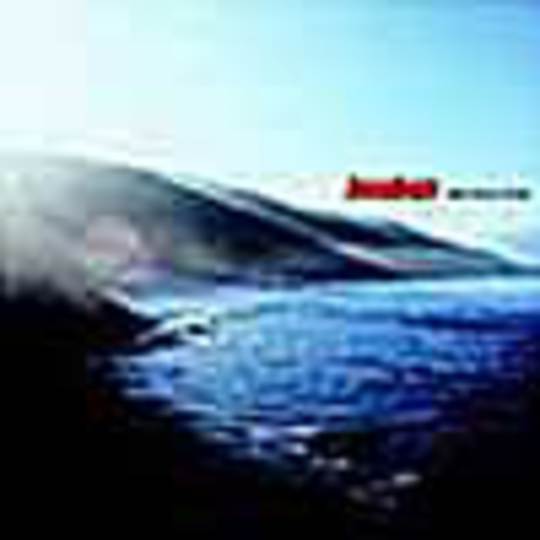 I’m REALLY starting to hate nu-metal! Hate is such a strong word, but it almost seems ‘strange’ to be so passionate in this day in age. Reaching the upper-echelons of passion (be it negative or positive) is never really expected anymore; it’s easier for everyone to make do, keep things simple and that is why I have a growing hate for nu-metal.

..NO! It’s not because it is in vogue at the mo’ or because some of them have tunes I find myself whistling along vacant streets, whilst desperatley trying not to scream the loud bits in case I get confused for some nightgown-wearing nutter. There are a number of reasons why other people dislike/loathe/hate nu-metal or skater-rawk or whatever it’s called. There are reasons like “it’s too loud for my twee ickle ear-’ols” or “it’s the un-inspiring, insipid puddle that soaks modern mass culture! It has no depth and fails in comparison to the good beat-combo's, i.e. this suicidal, art-skool, thirty-something, virgin!” Ok, so just maybe they’d miss out the last bit. Anyway, you know the sort of people who say things like this and sometimes, very rarely mind, I can sense how comfortable it is inside the dead big skin covering their feet - even if that means not wearing trainers. However, there is one big problem with all of this generalised, anti-rawk ramble and that is Incubus. It may be wrong of me to care about filing them into a genre because music is music and labelling something always puts some people off or instantly turns some people on, but can anyone really ignore marketing speak? We were all unable to pick up a spoon once and we have all learned how to pick up a spoon ourselves, so it makes sense.

‘Morning View’ is not your typical Incubus album. Past offerings ranged from the funked-up punky-jazz debut ‘Fungusamungus’ through to their last ejection ‘Make Yourself’ with its big, big, BIG dj-affected, epic-rock type stuff through to the sweet beach party acoustic’s of ‘Stellar’ and ‘Drive’. This, then, their fifth by my reckoning, has bits and pieces from all of the past albums, but the sad but true rule that maturity-must-relax-rock-bands does seem to play a part in this record. If you’ve never heard Incubus (quite likely as UK radio seem to ignore them – they won’t for much longer, mind) then an obvious, lazy comparisons with the Chili Pepper’s should set you straight'ish. But there is a lot of difference. Especially the added dimensions and cheekiness of Dj Kilmore and the 'bus boys have a lot less of that constant bass look-at-me bombardment nonsense.

The really special bit, is the typical hearth-throb frontman, Brandon Boyd. He's got it made. His vocals are something special… yeah, they do fall into the post-grunge area, mixing the gentle tones and deepness of Chris Cornell with the highness of the Bee Gee’s (no yanking of any pubes has been reported) and he’s also got a good bit of grit and grargh. Top marks for style and presentation, what about the content I hear you cry? Well, lyrically there is that little extra you don’t and won't get from many, if any, of their peers. It may sound like self-empowered, dope smoking, hippy rubbish to some, but it's gotta be better for the kidz than some homophobic diatribes, surely? And that is the joy of Mr.Boyd... Wall after wall of surreal paintings, depict his emotions. Pour exemple: “I dig my toe into the sand. The ocean looks like a thousand diamonds, strewn out across a blue blanket. I lean against the wind, pretend that I am weightless.” Awwww. And if that makes me want to cuddle him, god knows what is going to happen when they play their almost sold out show at Wembley Arena in January... word to the wise/sleazy-old-men: the front row might be a good place to get some poorly thrown pairs.

As the warm-whispering and wind-pipes of album closer ‘Aqueous Transmission’ begin to fade it only seems a matter of time before a new day is dawning. It’ll be one of those mornings where cynical talk will have become real-life action. People will reject commericalism, normality, morgages and 'orrible weather to sleep on sandy beaches in the tropics, living off the fat of the land. Baggy jeans will blow in the breeze as couples with locked fingers smile into a cancerless rising ball of blue fire in the sky. Scientists will work together to find cures. Grades will be given based on ability, not just the ability to memorize facts and give 'one' answer. That day will come, but first, Incubus will have to reach Rolling Stones levels to get the right kinda pedestal. Luckily, it really doesn’t seem like that time will take too long to come around.

In conclusion, don’t dismiss this as pish! Get some drinks in, get some friends over and get ready for bohemia or whatever you want it to be ...oh, and mine’s a southern comfort and lemonade! Dream with me people.

The Ugly People Vs. The Beautiful People