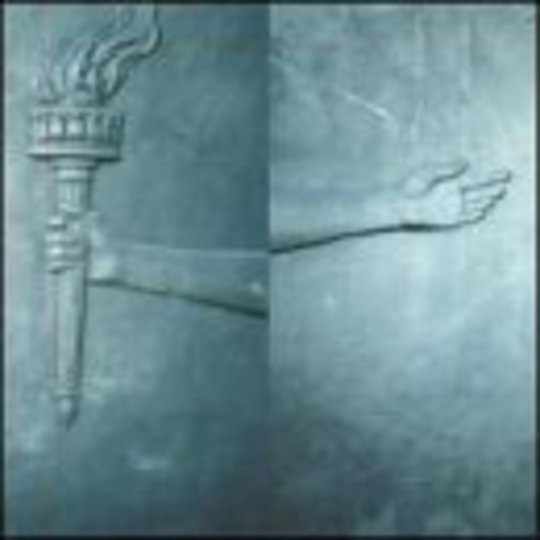 I don’t know if it’s just me but there seems to be something in the air at the moment, a tiring, oppressive gloom. Of course, it could be just the low light of encroaching winter that exhausts the spirit, the darkening skies, the grey air - and there’s a war on you know! - but whatever it is, it seems to be affecting people. People ain’t happy. Everyone seems irritable and short-tempered, sullen and dour. I’ve seen message boards all over explode into more bitter arguing than normal - which is, as you know, a lot.

You could, of course, say it’s always like this, and you might be right. It probably is just me.

Still, it’s a good enough reason to play this excellent new album by Fugazi at hearing-damaging volume. It’s the only fucking thing that makes any kind of sense to me at the moment.

Ian Mackaye, once of pioneering US hardcore outfit Minor Threat, the band, the man, who single-handedly (and inadvertently) invented the ‘Straight-Edge’ punk ethos which eschewed the empty excesses of clichéd Rock culture -the drink, the drugs, the promiscuity - and introduced to music a new puritanism, an acute political awareness and diamond-hard intelligence (Mackaye is also to blame for the tattoos and knee-length black shorts look, but I think I can just about forgive him for it).

Whilst the poodle-haired, pomp rockers of the 80s strutted the (world) stage, Minor Threat were kicking up a maelstrom of blistering white noize. Amidst the fury, contemporary bands such as Black Flag, Sonic Youth and Big Black were forming the new US underground, who would themselves, go on to heavily influence the US alternative music scene from then to the present day.

Mackaye formed Fugazi in the late 80s and now, six albums later, after many of his progeny (including the Pixies and Nirvana) have fallen by the wayside, he returns, still the lone, steadfast keeper of the punk/underground flame.

‘The Argument’, as some old skool hardcore fans have already pointed out, is not wall to wall sonic assault they wanted. I would argue - ha! - that this is not a problem. Whereas early Fugazi were a blast furnace of fiery fury, now they are finding new, subtler, stronger ways of getting the message across. They have swapped the cudgel for a keen-edged sabre with which to drive direct into the modern world’s blackened heart.

It’s working too. And though this album was recorded at the start of the year, it is, in places, horribly prescient regarding the currant situation the US finds itself in:

“it’s all about strikes now / here’s what’s striking me / that some punk could argue moral abc’s / when people are catching what bombers release“, “_sides will not matter now... / how did difference / become a disease? _“. Months before “9/11”, Fugazi were already ready for war, on red alert.

Elsewhere they target Globalisation (hissing the arresting warning: “I’m pissing on your modems / I’m shredding all the stock / choose a colour for your ceiling / I’m waiting for the bottom to drop’) while on the brooding ’The Kill they question the unquestioning who happily march off to ’kick some ass’ in aid of Uncle Sam And on ’Life and Limb’ a nation’s blood-lust fuelled desire for vengeance is exposed and examined

Replacing the wall-of-guitar of old with a more complex, textural and yet accessible sound, it seems Fugazi may have been listening to New Wave bands like Magazine and PIL for inspiration. Full Disclosure even has some wobbly, hectoring vibrato vocals reminiscent of John Lydon. ‘Oh*‘ is spiky and angular, ‘Epic Problem‘ has chopping power-chords and spat out staccato lyrics akin to *The Fall, and the alienation of Ian Curtis‘ lyrics -and, for that matter, Thom Yorke’s - haunt ‘Strangelight‘s description of a suffocating urban landscape: “A hundred plans to fortify / beige concrete goes on for miles / hiding cities under it / There was a light at the window / a light under the door / but it’s not there anymore“

This reformed style is no watering down of either ideology or passion. The inventive, fluid, constantly shifting tones of ‘The Argument‘ go to make it both the most hook-laden and yet scathingly angry punk album since ‘Nevermind‘, and Kurt‘s broken ideals and broken pride (and pop-sensibility) are re-born and live anew on here. Sure it’s use of hummable (read: listenable) tunes, hand-claps and whistles will make some old punks shake with rage in their hair-shirts, but so what? This album is fleet-footed where others are club-footed, rewarding instead of punishing and ultimately ( for me, importantly) life-affirming as opposed to wallowing in defeatist self-absorption.

Final word: what, I wonder, can Ian Mackaye make of the latter day bands masquerading under the name ‘punk’? The ones who stole his image, feigned his anger, filleted out his ‘difficult’ politics and rode on the wave of his and Kurt Cobain‘s integrity? The ones who dyed their hair green -cos that’s what ’punks’ do - and sold [out] themselves to MTV mass-market appeal? All those fucking slack-jawed, dead-eyed, burger-breath Californian, hyperactive kiddie-punks who infest the charts like the parasites they are.

But still the war against cretinism and diluted ideas continues daily and the line Fugazi have drawn remains as clear and as straight-edged as ever.

Which side are you on?