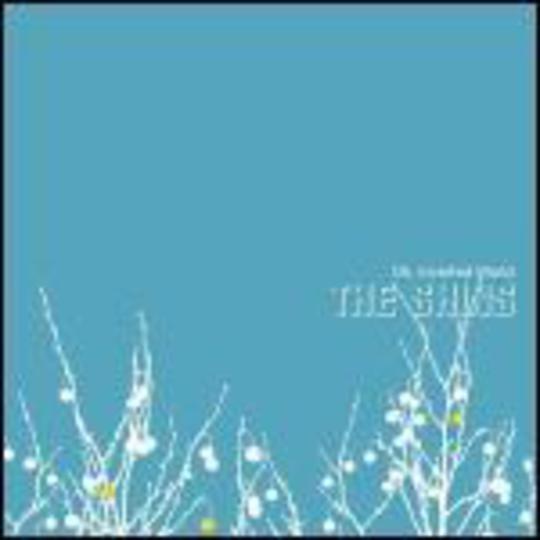 Albuquerque, New Mexico: "Howdy, Lem". You can drive forever and never escape the feeling of dust and the sun that cracks the earth. From these cracks spring a few blades of green, four fellows who call themselves The Shins. Signs of life.

"Oh, Inverted World" is the Shins debut on Sub Pop* after years of releasing seven inch singles, many on Omnibus Records as Flake Music*. The time they spent leading to this shining moment has been well worth it - they are riding a wave of publicity, critical acclaim, and general good will.

It makes one wonder if the product lives up to the hype, and in many ways it does. If you're looking for a tuneful, catchy, summer pop album, The Shins won't disappoint. There are a number of addictive tracks and one longs for songs to last longer than they do. The eleven tracks on the recording disappear faster than a popsicle at the beach. The only criticism might be one or two tracks that could be more interesting, but they are successful at avoiding filler songs which often clog many bands' CDs.

We're immersed in The Shins' "World" with "Caring Is Creepy". A driving bass somehow manages to pin the shimmery, floating voice of James Mercer and spacey keyboards to the kaleidoscope we're holding to our eyes. Strolling on to "One by one all day", the Shins seem to settle to earth and firmly plant themselves in the soil. Tumbling drums let the lyrics cascade sympathetically. Mercer's phrasing is unique - words roll about in his mouth like marbles as he occasionally spills them to the floor of his silo. He has a distinct way of letting you feel he's wrapped up a sentiment and then twisting it with a few words muttered under his breath. In many ways, this is the subtlety of The Shins as a whole, letting the audience unconsciously hum along while keeping us a bit off-stride.

Several tracks on the effort standout as entrancing. Their first single, "New Slang", intros as a scene walking into a gunfight in a western complete with the background whistling and tumbleweeds. It's sparse, acoustic and catchy as a sunburn in the Painted Desert. "Know Your Onion!" is a summery, biographical offering with instrumentation sounding similar to XTC including the tuneful melody. "The Past and Pending" finds us around the campfire again as the acoustic guitar strumming walks us slowly into the sunset of a relationship gone by.

Sixties influences are prevalent throughout - Bryan Wilson, the Zombies, perhaps with the occasional tip of the hat in overlapping harmonies to Simon and Garfunkel. The band also notes 80's new waves and Sam Cooke as influences. James Mercer writes the base structure of the songs and lyrics and the rest of the band craftfully writes their accompanying parts.

A new "Americana" is emerging in indie music somewhere between country, folk, and the complexity of U.S. urban centers. The Shins step up to take their place in this spectrum with Pedro the Lion, Elliot Smith, Neutral Milk Hotel and many others.

The CD version also includes the Shins video of the "New Slang" which is viewable on any computer able to handle either Real Video or Mpeg movie encoding (standard on most modern computers).