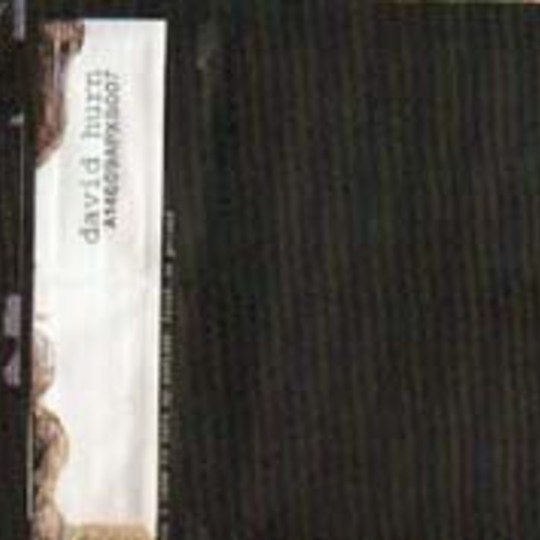 As the follow-up to his twisted Christmas single, David Hurn is still refusing to mince words when it comes to choosing a title. Should I brace myself for a diatribe missile shower when I hit play? Well, no, actually.

'How I came To Hate My Saviour' contains neither hot tears nor angry, nihilistic hate curses aimed at The Christ, but is instead a rather pointed love story. Well, how would you feel if she chose church rather than you - and not even as well as you, mind?

Tight, choppy instrumentation moves in to support an urgently strummed acoustic guitar beneath Hurn, who documents this love affair gone bizarrely wrong. A smart conciliatory lyric resonates on the personal level and simultaneously shakes a quiet fist at wider hypocrisies afflicting religion run for, and by, mankind. Intentional or not, the relentless rhythm is as in-your-face as a tambourine mission band, intent on crossing the paths of the lost and the vulnerable. Churchianity, eh?

Of the other two tracks, 'Frosk' is a dreamy, spacious instrumental that allows Hurn's twin love of sonic landscaping to have a day trip and for his band to enjoy more scope in blending their colours. There's supportive jazz drumming, violin and flute that vie with electric guitar, keyboards and the odd electronic beep as the piece ebbs and flows with each new distraction. Snow crunch footsteps and a cold wind lead the way to 'Oh Poland', a personal and curious rough guide to the famously hospitable nation, with Hurn evidently as affectionate towards, as he is nonplussed, by the place.

Three very different tracks by an artist who really should be more widely known than he currently is.