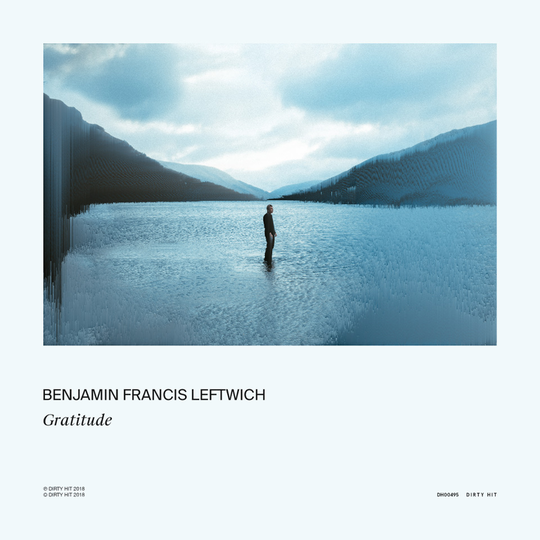 Benjamin Francis Leftwich is back with his own particular brand of reflective and deeply poignant music, following a three-year-break. The first noticeable thing about Gratitude is its significant slowdown from Leftwich’s previous work: and perhaps not in the most positive way.

Having checked himself into rehab following the hectic schedule that accompanied the promotion of his second album, After the Rain, this album is deeply entrenched within that particular chapter of life for the singer, and I think everyone that listens to this record within that context will get the impression of the feelings and struggles which Leftwich had during this time.

One of the things that I’ve always loved about Leftwich’s music is that inimitable way in which he takes for granted that as a listener, you just get what he means, as his lyrics are often quite understated but take on a lot of meaning with potential to grow. On Gratitude, nothing has changed in this respect, and the transmission of emotion from singer to listener is almost inescapable, it’s hard not to feel and empathise with the songs as you hear them.

I can’t fault Gratitude in that it’s very listenable. It’s an album that people might want to sit and put on in a peaceful room alone, but most of the songs don’t possess the calibre of their predecessors, they won’t get stuck in your head or be the kind that you’ll want to play over and over.

An issue I just can’t get past is that having listened through the album at least 10 times, there is only a handful of songs that I can actually recall. Unless you sit and concentrate, this album has a real tendency to merge into one long whole. There aren’t really many moments that will reach out and grab you in the way that there have on the previous two records. Gratitude flaps its wings and the intention and production is all there, but it doesn’t really get off the ground. It’s not bad per se, but it’s not the spellbinding kind of material that those who have listened to Leftwich before might have come to expect.

There are definitely better sections and songs that are worth spending time on getting to know. ‘Look Ma!’ is one of them, the first song that Leftwich wrote after getting clean, in which he declares ‘there’s more to a storm’. It’s an uplifting song about the beginning of a long and complex journey and it’s wrought with passion and feeling.

My favourite track is ‘I Got You’, maybe because it takes me back to a ‘Stole You Away’ era of songwriting. Maybe it makes me boring but I love the lyrics and the kind of wistful energy that accompanies it. ‘Real Friends’ and ‘Blue Dress’ are also great songs, the latter definitely having that memorable quality which is missing from some of the rest of the album.

Overall, this album isn’t bad, it’s very easy to listen to and it’s quite likeable with some beautiful moments. However, it doesn’t bring with it the life-altering, head-over-heels feeling that I’ve had before with previous BFL albums. Perhaps my expectations are too high but it would be great to see a bit more grit and energy for the next release.