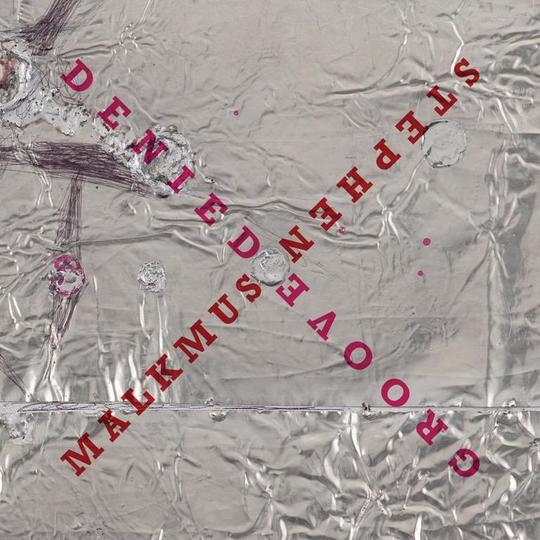 If you’re a Stephen Malkmus super-fan you’ve probably been curious about Groove Denied for some time, for this is the long-mooted Malkmus electronica album. Yes, it has finally arrived: the day when the former Pavement frontman joins the long list of Nineties guitar heroes to have swapped six strings for the endless possibilities afforded by old drum machines, lots of wires, and maybe a few computer patches.

Oh, except it hasn’t. Groove Denied is the first Malkmus album (including those two previously credited to him alone) in which there are no helping hands. Malkmus wrote and performed everything you hear on this record, so it’s safe to say that he probably used a loop pedal or two. He probably spent a fair amount of time on Ableton too. Still, the fact remains that this is far from being an ‘electronic’ record. Those anticipating (or, perhaps, dreading) the possibility of hearing Malkmus going all Kid A can stand down. If, as has been rumoured, Matador’s initial reluctance to release this album in 2017 was the result of feeling that it was ‘too experimental’ then one can only assume that nobody at the label has listened to any experimental music since the late Sixties. Whilst Groove Denied provides the odd surprise, and a fair few off-kilter moments (not that those are unusual on a Malkmus LP), ultimately it is nothing more or less than ten pretty decent Stephen Malkmus songs that are – one and all – unmistakably Stephen Malkmus songs. Autechre this is not.

These lengthy disclaimers are worth underlining if only because it would be a shame for anyone to miss out on Groove Denied on the basis that it has been badly mis-sold. If you loved 2018’s Malkmus & The Jicks outing Sparkle Hard (and, to be frank, if you didn’t then why the hell not?) then there’s absolutely no reason why you wouldn’t at least get some mild enjoyment out of this record. True, this is less consistent than last year’s full band effort (and, for that matter, the vast majority of Malkmus’ catalogue), but there’s still more than enough quality to sustain the brief 34 minute runtime.

One of the joys of Malkmus’ songwriting has always been the sense that he can knock out quality songs in his sleep. Groove Denied takes this a step further in its earlier stages. Opener “Belziger Faceplant” stumbles out of the traps like late Noughties Liars dealing with a bad hangover. Follow-up ‘A Bit Wilder’ is like a drowsy Cure-flecked dream and third offering ‘Viktor Borgia’ is what Kraftwerk would have sounded like if they had been a West Coast indie band in the early Nineties. All these comparisons are, of course, somewhat moot. As ever Malkmus succeeds in making obvious influences succumb to his own infectious persona, as expressed on both guitar and vocals. It’s thus little surprise when, fourth track in, we get ‘Come Get Me’, a slight but wonderful nugget of gold that one could easily believe was a Pavement demo from back in the day.

The hypnotic ‘Forget Your Place’, with its synth washes and squelches, is about as close to alien territory as we ever get here, but it’s far from scary. If this is a new persona then you’ll be pleased to hear it fits Malkmus like a glove. If you disagree then you’ve even less to worry about because the second half of Groove Denied sees Malkmus proceed down more familiar roads. ‘Rushing the Acid Frat’ is a joy, ‘Bossviscerate’ an oddly captivating little oddity, and closing pair ‘Ocean of Revenge’ and ‘Grown Nothing’ are two of the best things Malkmus has written this century.

Certainly, Groove Denied could be described as frustrating. It’s not what it’s been hyped to be and it’s not the diversion that some might feel Malkmus needs from the comfort zone he could be accused of cultivating with the Jicks. Frankly though, who cares? Rather than thinking of Groove Denied as some form of outlier we should only be thinking of it for what it is: a delicious treat.