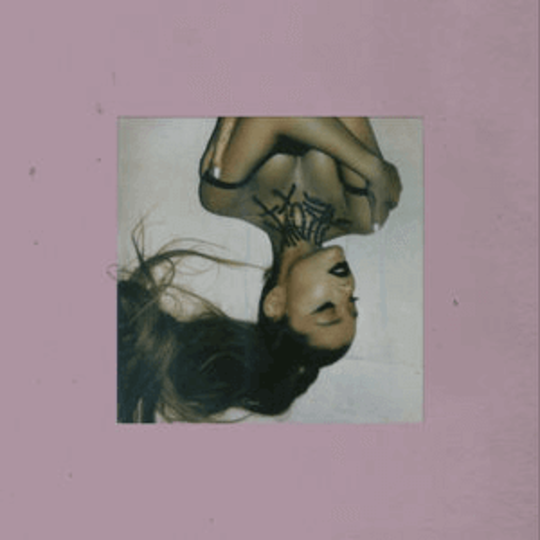 Once upon a time there was a rule that eerie, ironic, crackled samples were reserved for LPs from boys with out of tune guitars, who were granted the secrets of intellectualism only via their epic pain. Therefore, Ariana Grande’s choice to make thank u, next one of the most sonically interesting records of its type ever recorded, littered with warped synths, clicks, pops and esoteric whistles, is one that overflows with big dick energy.

We’re lulled into the opener ‘imagine’ with little synthetic footsteps. Tinkling along the path, thank u, next rises over us like sunrise – and takes till 1:14 before we’re ready to dive in and taste the tones of Ari’s fifth offering. We’re dropped into the centre of the music – ‘imagine’ opening its arms to us, a smooth RnB hug. This opens up the album thematically, and from hereon in we gallop through Ari’s day dreams, her nightmares and her endless imagination – all littered with thick emotion, and brave, cold honesty.

‘needy’ takes us right to the centre of the message: “I admit that I’m a little messed up …. I can be needy, way too damn needy” with dramatic violins, and angelic vocals. ‘NASA’ begins with a crinkled sample of her nanna (yes, really) that launches into a foot taping pop ditty, “Give you the whole world and I’ma need space”. Glorious trumpets announce the opening of ‘bloodline’ with heart-breaking lyrics “ain’t no need to apologise, but you gotta let this shit go”. ‘fake smile’ continues – a low level crackle, odd mechanical whistles – a message of the duality laced up around survival ‘I won’t say I’m feeling fine, after what I’ve been through I ain’t lyin’’ and “if I’m hot I ain’t gonna lie about it”.

However, if there’s one enduring image you’ll always remember from thank u, next’, it’s of ‘ghostin’’. Again, heavy on angelic synths, Ari’s lonely lyrical scream echoes out from the bed where she’s curled up, back to back with fiancé Pete Davidson, sobbing silently over ex Mac Miller’s death. “You’ve been so understanding you’ve been so good, and I’m putting you though more than I ever should, and I’m hating myself cos you don’t want to admit that it hurts you”. It’s going to be okay, she thinks “we’ll get through this, we’ll get past this, I’m a girl with, a whole lot of baggage”. Reader, they didn’t.

It makes sense then, that now we’ve had our hearts ripped out from our chests, we’re launched via intermediary track ‘in my head’ into three closing statements of strength through pain. ‘7 rings’ (“been through some bad things I should be a sad bitch, who would have thought it turn me to a savage”) ‘thank, u next’ and ‘break up with your girlfriend, i’m bored’ are anthems to confidence and female friendships – to processing sound and fury and carrying on with that big dick energy despite everything else that’s tried to bring you down.

There’s a special way that trauma informs a music release. You only need to look at the track names here to see that Ari’s fifth offering is undoubtedly more confessional and exposed than her others. ‘needy’ ‘fake smile’ ‘bad idea’ ‘ghostin’ – all echoes of a woman who faced a most terrible line of tragedies and found that it’s okay to be a lil’ bit messed up by them. Occasionally, rarely, a record comes along that restores our faith. If this is the future of pop-music, then sign me up; and oh – did I mention you’ll leave this experience about 70 percent cooler? Thank you, Ari – I can’t wait to see where you go next. I do wish you’d use some capital letters though.