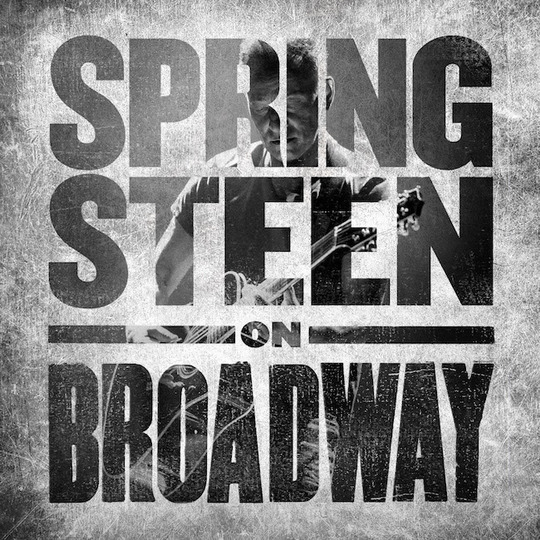 Springsteen on Broadway is history’s most elaborate book plug.

Springsteen on Broadway is an acoustic greatest hits (ish) set from Bruce Springsteen, wherein almost every song is introduced via a lengthy anecdote about his life or values – some of it culled verbatim from his bestselling autobiography Born to Run, some of it effectively an extension on that autobiography.

Springsteen on Broadway is a very smart exercise in music biz savvy. The original show was a hugely profitable year-plus live engagement at the 975-seat Walter Kerr Theatre where supply far outstripped demand; the release I am reviewing here is the film version which receives a high profile Netflix release on Friday (it’ll also be released on audio formats).

Springsteen on Broadway is a random accident, a set of songs and reminiscence that Bruce Frederick Joseph Springsteen threw together as a treat for the outgoing staff of the Obama White House and decided to run with for the next year-plus his life, in lieu of making a new record or touring the world.

Springsteen on Broadway is a document of the only baby boomer artist still capable of real greatness, wearily striding out to do battle with the slouching beast of a president his coddled generation put in the White House. It is a scripted show, but was filmed after ‘The Ghost of Tom Joad’ and its corresponding excoriation of Trumpian values was added to the setlist in response to the forcible separations of refugee children from their parents at the US-Mexico border. His introductory speech to the song is both defiant and sad, an acknowledgement that the present will not correct itself, a gorgeous and painful defence of the American dream as it is threatened by American night.

Springsteen on Broadway is almost certainly going to go down as one of those great concert recordings - Stop Making Sense, The Last Waltz - that is viewed as transcendent of the form.

Springsteen on Broadway is a show that I entered the ticket lottery for a minimum of 50 times. Now I live in London. I had a very vague plan that if I won I would tout (I know, I know, sorry) the second ticket as contribution towards my flight, which I would have to get the next morning, and basically it would have been a huge ballache. But it was nice to feel a connection to the show.

Springsteen on Broadway reveals Bruce Springsteen to be a pretty good comedian. I mean sure, it’s natural that he feels obliged to point out that he, the great chronicler of the US working class, has never technically worked. But he’s got a real Jon Stewart thing going on with his frequent bouts of self-mockery, a sort of perfectly studied mock seriousness.

Springsteen on Broadway was, you know, on Broadway. I am basically a theatre journalist nowadays, and was intensely jealous of my US colleagues who were asked to review it in person. I could bore you with lengthy quasi-academic comparisons, but it’s always struck me that Springsteen is, foremost, a tragedian in a very similar same vein as O’Neill or Miller, albeit in a different medium. Springsteen on Broadway is in no way a play, but it does feel like it explicitly nails him to that lineage: Springsteen is the greatest dramatist popular music has ever produced. And this show is beautifully, eloquently written, and performed with absolute conviction. He was over 150 shows into the production when it was filmed, and everything he says he says with absolute conviction. And yes, that's great integrity. But it's also great acting.

Springsteen on Broadway is about an old man looking back upon his life. Sure, he’s still pretty hench. But he’s 69-years-old, and the almost permanent close ups in the self-directed film ram his years home in a way his stadium shows rarely do. More to the point, everything is a look back: a look back at his life, a look back at his songs, a look back at America, with a tragic kicker that the country he believes in is getting worse, not better, that Martin Luther King’s moral arc of the universe might not bend the right way til after he’s gone.

Springsteen on Broadway will be lapped up by fans (of whom there are very many). I suspect it’ll get a more mixed reception from the millions of non-fans who watch out of curiosity. That’s not an assessment of its quality, more a reflection on the unprecedented nature of circulating the show via Netflix. The setlist is certainly pretty generous (there is no particular biographical justification for including ‘Dancing in the Dark’, other than it’s a stone cold banger). But there will absolutely be people who grumble that there’s too much talking. And you know, maybe that does dampen the replay factor. But it’s also what makes Springsteen on Broadway so remarkable, less a concert than a monument to a life, a jubilant-sad, bittersweet way to mark the beginning of this old man’s final act, a taking stock, an affirmation that this all mattered.

Springsteen on Broadway is a show about a man who dreamed of escape who never escaped.