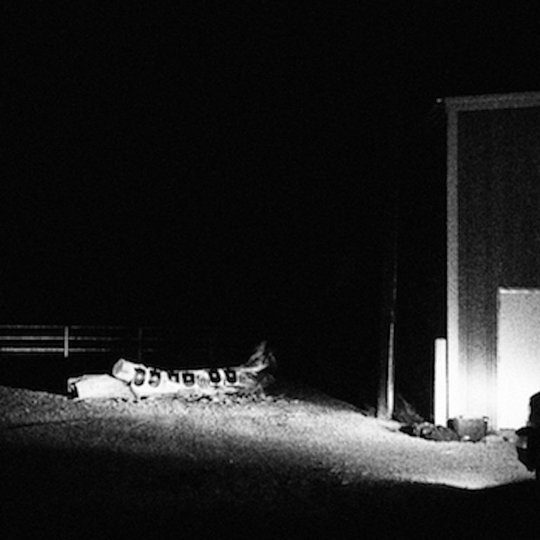 You know, I might just order my ticket for the Cloud Nothings gig. It’ll be a risky decision, given that I’ll have to wake up at 5 AM the next morning, and I’ll be back by midnight at the very least. No big deal. Cleveland’s ambassadors of angst tend to encourage reckless promises. Barring a few calmer spells on last year’s Life Without Sound, ferocious front man Dylan Baldi rips through even the tired confines of post-Fugazi post-punk, with a corrosive snarl that echoed all the adolescent soul-searching of the songs. They’re a band that serious muso men fight for, in other words. Something to base arguments of the lasting power of guitars for, especially when you recount the rocket-fuelled mantras of 2012’s Attack on Memory. Something to fall in fisticuffs for.

I’m a bit embarrassed to look up my review for Here and Nowhere Else. The year was 2014, I was a grad student, and the practical aspects of feminism were finally dripping down to me. Collapse Board embraced amateurism and snark, and so I wrote like a street-smart samurai – no grace, all guts. And my katana sliced carelessly through whatever I thought the masses liked. Idiot me! Idiot! ‘Pattern Walks’ is a fucking masterclass! Why did I berate the always blasting off at 90 mph? And why did I choose those local idiots Muuy Biien over Cloud Nothings??

No, the real problem that I didn’t clearly assess then was that, for all their awe-inspiring adrenaline, the particular sorts of ennui and self-loathing that Baldi raged about were, well, only about the self. That’s not to say that specific others could relate with that internal wrangling – I did too, after all, when our hero repeated “I thought” on ‘Pattern Walks’, like he was pounding his head against the wall to remember a former life. So what’s the deal with album no. 5, then? Oh, the gang’s ears for pop punk hooks have never been sharper, as expected. Last Building Burning feels like you’d hope it’d feel, as a 36-minute rush of blood to the head; ‘So Right So Clean’ rolls in toward the end as the only ragged breather to slow the onslaught. And there’s another 10+ minute monolith to fall to your knees over, of course, replete with a mystical drum solo that pounds righteously through some Earth-like guitar zen.

But there’s a curious twist to Last Burning Building - in the chorus of that aforementioned epic, ‘Dissolution’, Baldi cries, “don’t give him your love!”. Lead single ‘Leave Him Now’ echoes that sentiment in an even catchier earworm. We’ve heard this before in the rawk world, of blokes trying to guide women away from the bad guys. Usually, that comes with the hidden agenda to guide those women toward the “good guys”, i.e. themselves.

That’s hardly the case with Cloud Nothings. We already know Baldi would more readily shed his own skin than chase after someone else’s, and there’s ample proof for that here, too. Indeed, the conflicted ego-killer ‘In Shame’ parses through the highs of fame & its transitory nature: “they won’t remember my name / I’ll be alone in my shame”. Likewise, ‘Offer An End’ proposes to blast out ego for the sake of a higher purpose: “sometimes the truth / feels worse” (Baldi’s sneer at this part, by the by, is so deliciously malicious) “ but it has a need / a need to be heard”. You wonder, especially when our protagonist barks “nothing’s gonna change over and over at the ominous bridge, if the Nothings send up their self-erasure against the stubborn forces of the patriarchy.

I wonder, anyway. All Baldi said in the presser was that he wanted that ‘heaviness’ that he feels other bands just don’t measure up to anymore. He means the sonic weight, the visceral slash, the tortured howl that conveys the pain from yr own existential scars. But there’s another heaviness, too, which comes and goes in Last Building Burning - the gravity of the inner life, and the impact that self-improvement can land on those around us. In that regard, ‘Another Way of Life’ at least slams shut the album with a thrilling resolution of mindfulness. Though ostensibly a break-up song, you can hear Baldi confront his own relentless work ethic from four years back: “I gotta let go of the pressure I feel to outdo…so that I won’t let a disappointment haunt you.” Heavy and heavy, then. Can’t wait for the gig.