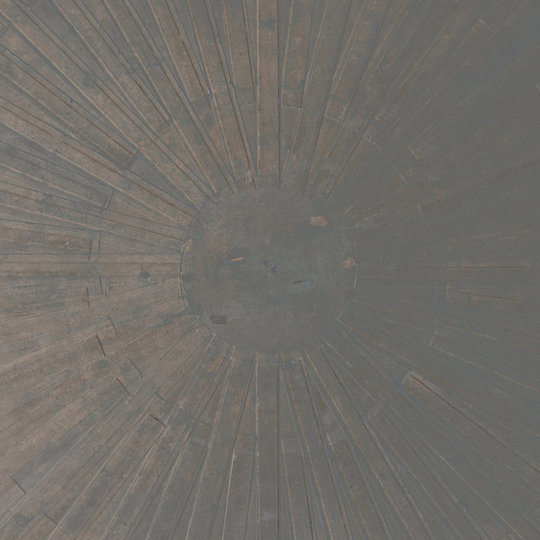 Convention in music is strongly linked to our relationship with sound and our anticipation and expectation of it. When you think about it, the industry dominance of bite-sized pop songs dictated by assonance and dynamic shifts makes a lot of sense as a standard convention for music. This formula meets our expectation of sound, highlighting the conspicuous and the immediately engaging and manipulating them in ways that can hold our attention for a brief amount of time. These are the sounds we anticipate and respond to in everyday life as a means of making sense of conscious reality, and the music we listen to tends to reflect that. Ambient artists have sought to subvert that over the years in creating soundscapes that aim to remove central sounds in favour of the peripheral, but in the scheme of things it’s a small community of have managed with any modicum of success.

It’s no surprise then that two members of renown within that community in William Basinski and Lawrence English have crossed paths, despite the small matter of the Pacific Ocean separating the Australia and America-based artists. Both renowned for their painstaking dedication to the pursuit of music that requires and emphasises patience, restraint and humility; the creation of Selva Oscura is the result of five years of shared ethos and drive. The name derives from the twilight forest of Dante’s Inferno and distills the idea of ‘the nature of losing one’s way in place and time’ - an idea that can be traced through both artists’ careers. English has long been a critic of our relationship with sound. He argues we eliminate far too much from our listening consciousness, by proxy, from our relationship with time and space. He has created music - and indeed a whole record label - that strives to challenge that. Similarly, Basinski’s now famous The Disintegration Loops, which saw him record gradually deteriorating tape samples, was a humbling exploration of time and transience.

They are ideas that are impossible to avoid as the depths of Selva Oscura slowly reveal themselves. The drones and samples that unfold throughout the two extended tracks the record consist of feel ever distant, an infinite expanse that nonetheless feels only just beyond reach. ‘Immersive’ is a term often overused to describe music such as this, but it feels like it should be used in its truest sense here, with a deep side of regret and assumptions it was ever a relevant word elsewhere. If the intent is pursuing Lawrence’s ambition of a fuller experience of sound, it succeeds dramatically in the manner with which it engulfs you. Slowly and gradually it shifts, displaces and reinvents itself with glacial purpose.

Glacial is a fitting word, the tracks feeling like sonic versions of the massive bodies of ice. Dense and constant yet in an eternal state of delicate movement, sounds appear and recede in almost indistinguishable patterns creating the sense of ‘eternal reveal’ so desired. As we obsess more and more with tools towards mindfulness and peace against our fast-paced lives, there’s a gnawing sense that self-centredness still dictates this drive. Rather than serve as a tool to centre ourselves, Selva Oscura evokes a sense of being beyond ideas of self, time and space. It’s a small reflection of the enormity of the universe we find ourselves in and our subsequent irrelevance within it. We are not the centre and to hear that in sound is a humbling experience, but also completely and utterly beautiful.