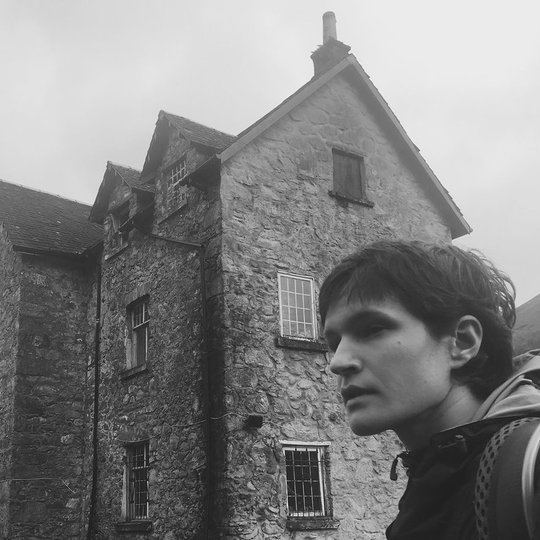 Chiefly responsible for one of the finest records of last year, Big Thief’s Adrianne Lenker has established herself as one of the most exciting and intriguing songwriters in recent times. In fairness, she has had some time to practice given she has been writing since she was ten years old. It has been well documented in the interim since Capacity’s release but her story of growing up in a cult, then being pushed with real ambition to become a child pop star is, if there ever was going to be, the exact kind of ‘origin story’ that one could conceive as a future indie rock and folk star. However, nothing feels disingenuous about Lenker’s story or approach or music, which anyone who has witnessed Big Thief’s surprisingly upbeat and even humorous stage personas – at odds with their reasonably heavy music – can attest.

Part of what makes Lenker’s music so alluring can be described by the title of one of her band’s most well known song; ‘Mythological Beauty’. Her songs are mysterious yet gorgeous, each unravelling mini-universes of familiar folk tales of her past, present and future in a way that touches the heart and head in a similar way to Joanna Newsom or Elliot Smith or Joni Mitchell. Lenker released a solo album before, 2014’s Hours were the Birds written and released when she was 21, pre – dating Big Thief’s debut Masterpiece by two years which first displayed her prowess as a storyteller and musician and with every release which has only grown stronger.

So where a solo record from a much loved and hyped band at their peak can often be seen as an inessential side step from the main act, a new Adrianne Lenker only increases the excitement for her, as the timeline between the two seem more fluid and interchangeable. Lenker’s band mates who make up Big Thief, including her long term partner and guitarist Buck Meek (who has also contributed to Adrianne’s solo act), are an incredible set of musicians with an amazing ability to make deceptively complex music sound loose and natural. Solo, however, Lenker’s voice and playing shines away from the rest of the noise, and Luke Temple’s warm, intimate production here on her latest, abysskiss fully displays how accomplished of a creator Lenker is.

Over these ten songs Lenker continues to carve out the little slices of magic that at this stage we now fully expect from her. At one oddly breath-taking point, one can hear what sounds like a microwave door closing in the background of ‘from’, such is the lo-fi space Lenker operates in here, reminding one of Grouper. In another little touch, some mini piano strokes can be heard in the background of album opener ‘terminal paradise’ which perfectly accompanies such intricate and delicate songs as Lenker’s. On the album’s sole electric guitar piece, ‘out of your mind’ Lenker intentionally sings a clashing melody to compliment the more abrasive guitar sound, before descending into a wonderfully hypnotic instrumental outro using merely two guitar lines.

The album’s real magic comes at its central triad of ‘cradle’, ‘symbol’ and ‘blue and red horses’, however. While every track is a strong argument in the case of Lenker’s power, these three songs display it best. With ‘cradle’ we get a beautiful ballad, one of her best, while the guitar playing on ‘symbol’ is akin to Jonny Greenwood, with Radiohead seemingly being a clear influence on Big Thief’s music, and is for lack of a better word, stunning. Then there’s ‘blue and red horses’ which does the exact opposite trick of the previous track’s intricacies and repeats a single riff ad infinitum while Lenker sings in the style of a children’s nursery rhyme and manages a masterpiece with it.

Both in her solo work and with Big Thief, part of what makes Lenker’s work so appealing is that she finds the balance between the familiar and the surprise. She is reminiscent of plenty other much loved acts, but never to the point of plagiarism and while she will not the last folk/indie rock musician to record such an intimate record, her songs twist and turn in ways that mean one can never second guess her. Truly, Lenker is an incredible talent, and the fact that she is still relatively young is a pretty exciting prospect when she’s this consistently great.