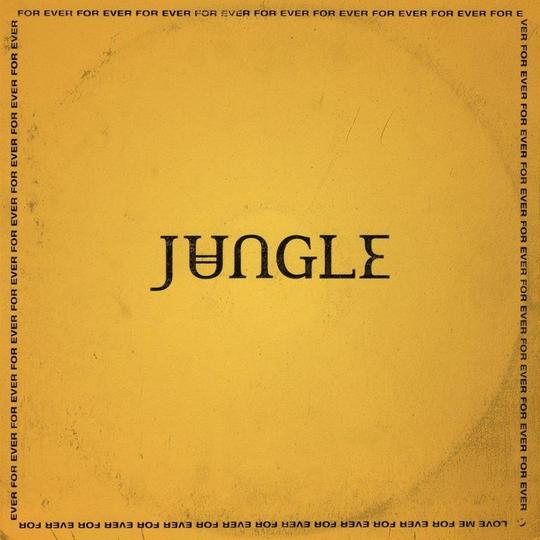 There comes a point in everyone’s life when the draw of LA becomes too real. For most, it appeals to our more shallow selves. It’s got everything that a person in their mid-twenties with a good haircut could want. It’s got the sun, it’s got the sea and it’s got an endless stream of VIP parties in which to aid your aura of self importance.

However, unlike the picture painted above, Josh Lloyd-Watson (one half of duo Jungle) was drawn to LA for much more sentimental reasons: he was drawn their by love. And as much as it’s in bad taste to spoil a good Hollywood tale, let’s just say that this particular love story didn’t have the happiest of endings. Its mark is all over For Ever. It’s an album filled with the kind of existential longings you might have whilst staring at a David Hockney that pokes awkwardly out the boot of your Cadillac. Why did you buy it? Why are you moving out of your beach house in Malibu? And why, oh why, can’t you stop staring at its colours?

However, you wouldn’t guess this was the case from the opening track ‘Smile’. It’s an upbeat belter that is more reminiscent of the band’s debut. It’s all bright horns and finger clicks that are both reassuringly familiar and serve to create the kind of vista that brought the duo from West London so much success. However, the deeper you get into these 13 tracks, the greater existential crisis becomes. ‘Cherry’ begs, whilst ‘Mama Help Me’ yearns whilst ‘Give Over’ falls into full wallowing-in-self-pity mode.

Sometimes the happiness wins over. ‘Heavy, California’ – putting its West Coast references aside – is an incredibly polished jam that is layered with synths and tasteful licks. The same could be said for ‘Happy Man’, whose driving synth and bass combo propel it along at high speed, even if it is attempting to make an ironic critique of capitalism at the same time.

On other tracks it’s less clear. ‘Best 54’ is ostensibly a disco track adorned with hand claps and yet is tinged with a kind of sadness that suggests something darker. ‘House in LA’ – an early single and probably the most prominent example of the tonal switch – continues this trend. In essence it is a brooding stomp accompanied with glittery synth flourishes but whose lyrics provides a more uplifting backdrop: “I feel alive in the sunlight”.

This battle between happy and sad constantly rages throughout this record. It is never sure whether LA is its saviour or its curse. On ‘Beat 54 (All Good Now) they sing about: “tears falling on the sunlight” whilst ‘Give Over’ talks about the “sun that saved my life”. Similarly the other halves in both Lloyd-Watson and McFarland’s lives get this same ambivalent treatment.

In the end there is no obvious winner. It’s an album which is not sure whether it wants to be happy or sad; to accept the inevitable nothingness of existence or keep searching for answers. This is best epitomised on closing track ‘Pray’. Lloyd-Watson seems to be wanting to get back with his former love and the best argument he can present is: “It’s not like we’ll be here forever”.

Overall you’re left with the impression that they’re still staring at that David Hockney painting.